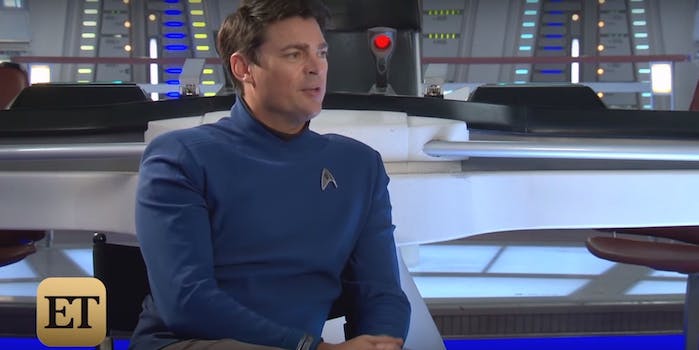 Wait, since when has Sulu had a daughter?

The first trailer for Star Trek Beyond told us very little about the sequel, aside from the fact that it’s far flashier and more action-focused than Star Trek Into Darkness. Luckily, it’s finally time for us to go behind the scenes.

In a new video from Entertainment Tonight, John Cho and Chris Pine give a brief tour of some new details on the Enterprise set, including the surprising revelation that Sulu has a daughter.

Karl Urban also revealed that in Star Trek Beyond, the Enterprise crew begins to get on each other’s nerves after spending years together in space. But is that really so very different from their constant bickering in the first two movies?

We’ve got some bad news for the ET reporter at the end of the video, by the way. He just asked to be beamed up from a turbolift, not a transporter.