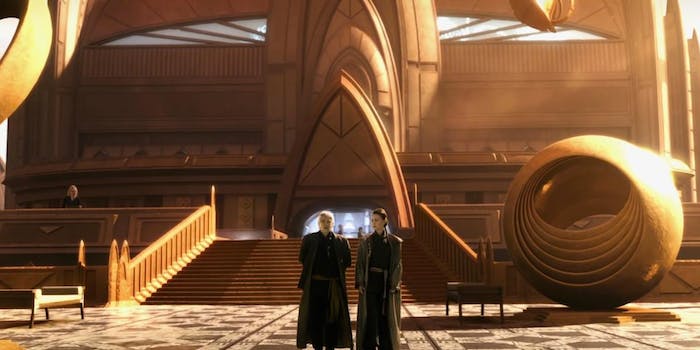 The film will tell the story of Starfleet Captain Garth.

After releasing an impressive short film Prelude to Axanar last year, a bunch of Star Trek fans have launched an Indiegogo campaign to finish funding the complete feature film.

Star Trek: Axanar will take place 21 years before the The Original Series episode “Where no Man Has Gone Before.” It tells the story of Starfleet Captain Garth, shedding light on his famous victory at Axanar. Garth appeared in the third season episode “Whom Gods Destroy” and was someone Captain James T. Kirk thought of as a hero.

“For you, the Star Trek fan, Axanar is a return to the type of Star Trek all of us grew up on, with a hopeful future where mankind works with other races to explore the stars, via storytelling that is positive and teaches us about ourselves. Axanar feels like Star Trek because it is made by two of the biggest Star Trek fans in the world, Alec Peters and Robert Burnett. Alec was the executive producer/co-writer of Prelude to Axanar, and Rob wrote & directed Free Enterprise,” the Indiegogo states.

The film will include actors who have appeared in the franchise such as Tony Todd and J.G. Hertzler. Actor Gary Graham will also be reprising his role as Vulcan Ambassador Soval from Star Trek: Enterprise.

Before this Indiegogo, the Star Trek: Axanar team fundraised twice on Kickstarter. The first campaign was to create Prelude to Axanar and the second was to build sets. This current crowdfunding campaign will continue to support the making of the feature film, which will be broken down into four episodes, according to the Indiegogo. They estimate that each episode will cost around $240,000 with an overall budget of about $960,000 needed to make all four. Including additional costs outlined in the Indiegogo, the team has set $330,000 as their per episode goal for a total of $1,320,000. That’s a lot of money to raise over the 27 days they have left in the campaign. They have almost reached their initial goal however, raising more than $233,000 of their set $250,000 as of this writing.

Considering the quality of the short film, it would be interesting to see what the team can do with a full-length film. You can learn more about the project and the current campaign on their Indiegogo page.