Stannis, is, as they say, “the mannis.” The Baratheon claimant to the Iron Throne from hit HBO show Game of Thrones has accrued a cult following online these past few years, a loyal band of followers who are convinced he can do no wrong. After last night’s episode, in which he rode gloriously to the rescue of the Night’s Watch, the “Mannis” camp’s followers will surely be bolstered.

But a little-known online community thinks it knows better. According to one subreddit, Stannis is the “mantis,” not the “mannis”—that is, the one true king of Westeros is, quite literally, a praying mantis. The carnivorous insect’s disguise is effective, to be sure, say subscribers to r/StannisTheMantis, but if you look closely, the truth is out there.

For one, there’s his apparent disinterest in his wife, Selyse. This isn’t due to a preoccupation with Melisandre or the result a loveless pairing—instead, Stannis doesn’t sleep with his wife “for fear of sexual cannibalism.” Then there’s his daughter. Shireen “was born in Spring, when insects swarm.” Furthermore, her lingering skin disease, Greyscale, “would also make an excellent cover story for birth defects caused by the human/mantis DNA incompatibility.”

Even more damningly, “Stannis hunts like a mantis… He is most successful at war when he is able to trap and/or ambush his enemy”—something we witnessed in last night’s season finale, in which his troops quite literally pincered the enemy. 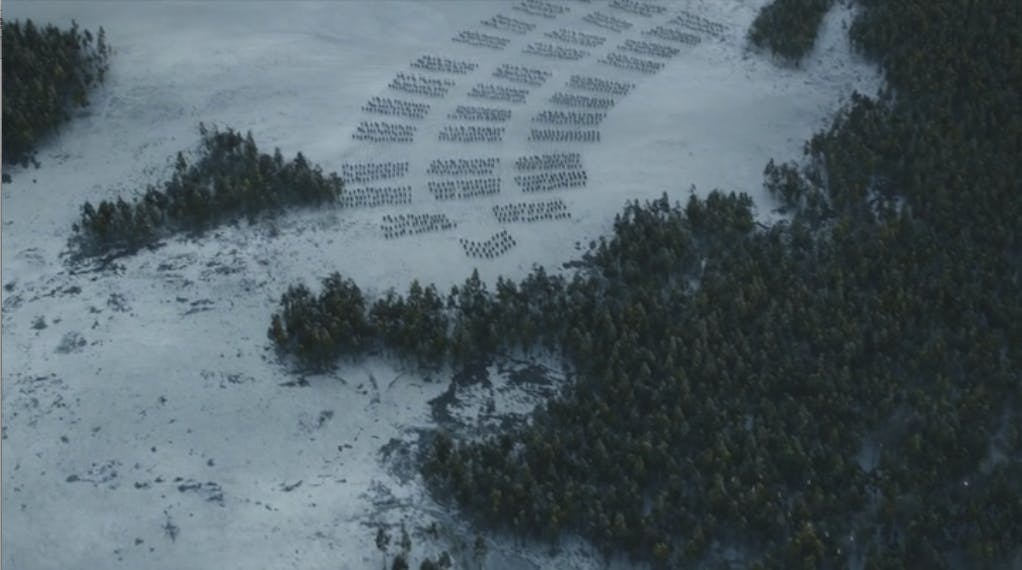 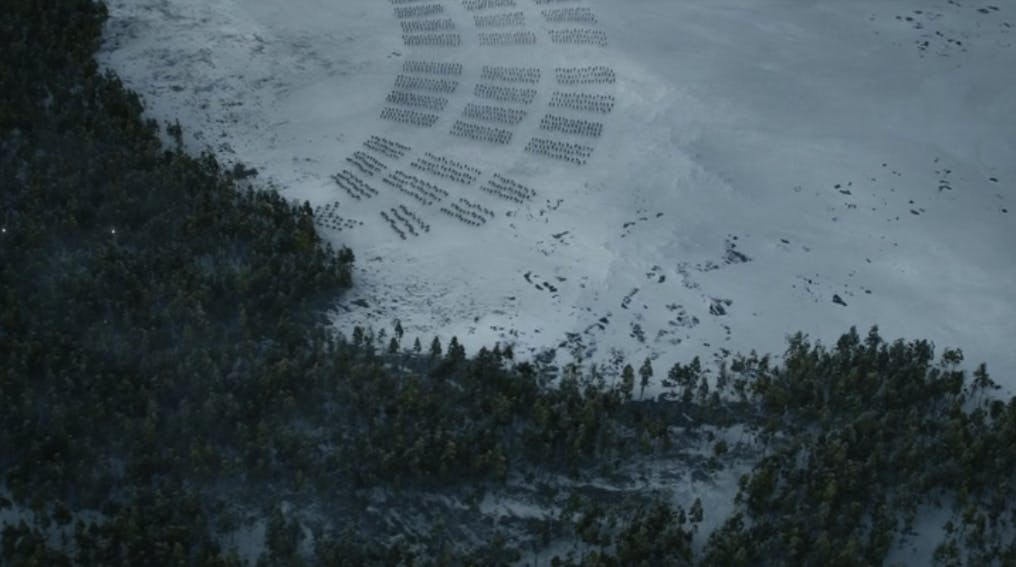 Followers of the theory have offered up dozens more examples of behavior from Stannis that, they say, can only be rationally explained by the fact he’s actually a ravenous, flesh-eating insect in disguise. His absence from the the Hand’s Tourney early on and his refusal to answer Ned Stark’s summons point to one thing: “Stannis was clearly molting. No one seems him for quite a bit of time … which would give him plenty of time to shed his exoskeleton and grow a new one.”

Unlike other pretenders to the Iron Throne, Stannis has no Kingsguard. This is because, Konrad4th argues, he is “likely paranoid of the constant companionship revealing too many hints about his true identity as a mantis.

“There is also the fact that a gigantic praying mantis would be quite formidable in battle. He has no need of a kingsguard because he is capable of eviscerating mere humans.”

Earlier this season, Stannis admitted to the Iron Bank that he grows no wheat or barley on Dragonstone. But “why would a carnivorous mantis have need for silly plants? The mantis does not sow. It reaps.”

And then there’s the photographic evidence: 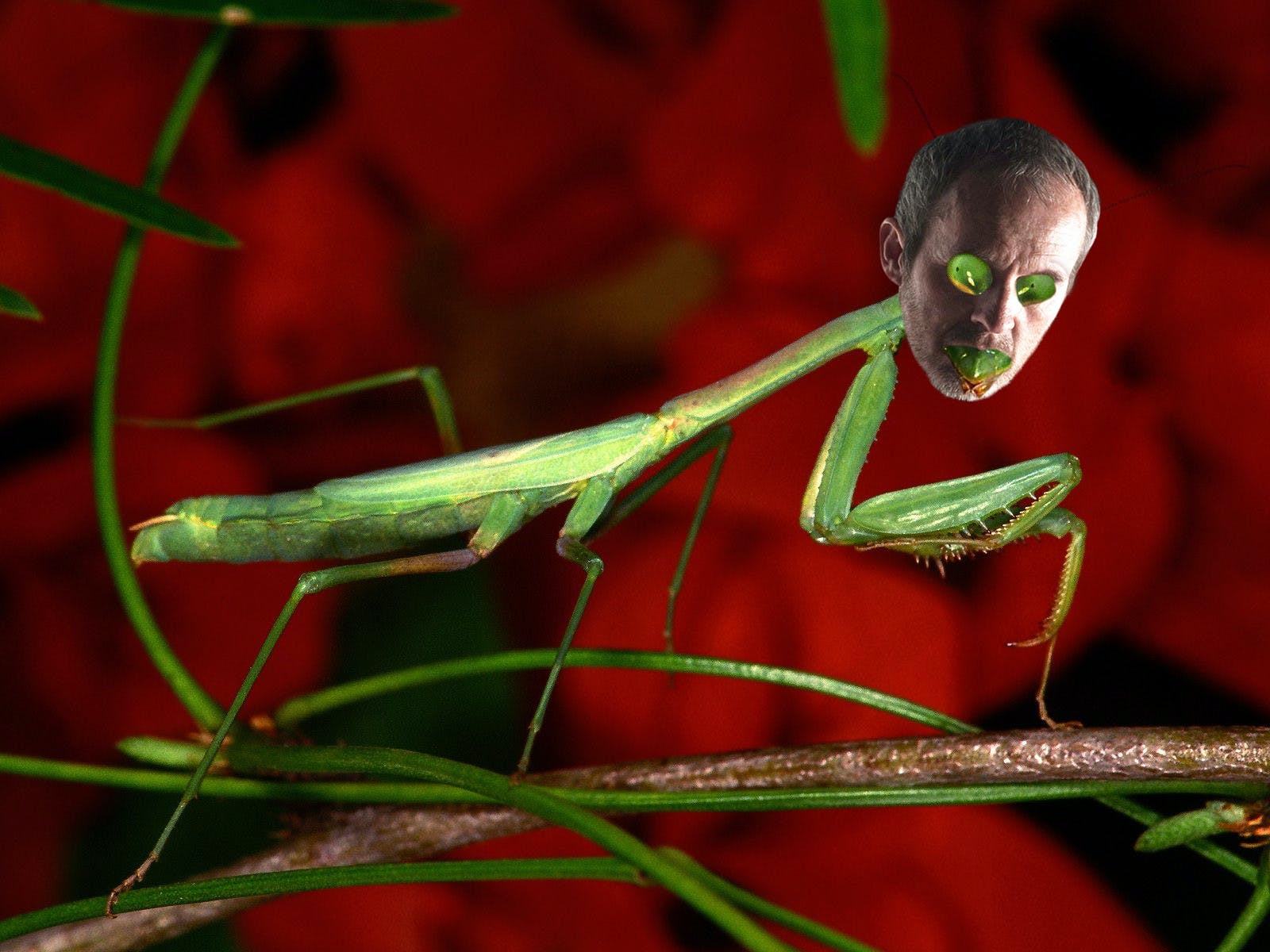 Redditor drunkasaurus_rex has found yet more incontrovertible evidence that Stannis Baratheon is not all he seems:

“Stannis worships the Lord of Light. Mantises often stand in a prayer-like posture, so they are likely religious. They are also attracted to artificial lights at night.

“Coincidence? I think not.”

Still not convinced? You can’t argue with the fact that “Stannis often grinds his teeth together, a side effect of his attempts to inconspicuously eat insects.”

So there you have it. While portions of the fanbase rage about slight deviations from the books, a far greater truth is lurking out there. Perhaps now Stannis’ true identity is known, his supporters will desert him. I’m not so sure, however.