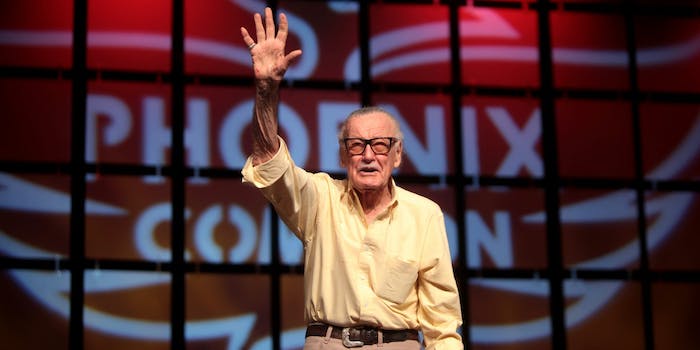 Stan Lee, who was behind some of Marvel’s most iconic comic book superheroes over several decades, has died. He was 95.

According to TMZ, which first reported the news, he was taken to Cedars-Sinai Medical Center in Los Angeles Monday morning. The cause of death is currently unknown (although Lee suffered from health issues in recent months), but Lee’s daughter Joan confirmed her father’s death.

“My father loved all of his fans,” she told TMZ. “He was the greatest, most decent man.”

The mark that Lee left on the comics world and pop culture is immeasurable. During his tenure at Marvel Comics, he created or co-created the Fantastic Four, Thor, Iron Man, the Hulk, and the X-Men with legendary comic book artist Jack Kirby. While working with Steve Ditko—who died in early July—Lee helped create Spider-Man and Doctor Strange. And he was behind the creation of Daredevil with Bill Everett. Thanks to his new characters, Lee paired many of his superheroes to create the Avengers. With his comics, he helped redefine the very image of superheroes and made them more relatable as he showcased that they could be as complicated and messy as regular people.

In his comics, he would also include a monthly column called “Stan’s Soapbox. One of Lee’s most famous soapboxes, a 1968 column in which he spoke out against racism and bigotry, started recirculating as news of Lee’s death spread online.

In his later years, a new generation of fans got to know Lee through his work in Marvel films. He made cameos in dozens of Marvel movies, TV shows, and video games spanning decades, which usually led to laughs from audiences.

He had also been at the center of legal troubles over the past year amid allegations of elder abuse and a lawsuit over who would control Lee’s estate between Lee’s daughter Joan and Lee’s former manager Keya Morgan.

He is predeceased by his wife Joan, to whom he was married for 69 years before her death in 2017.