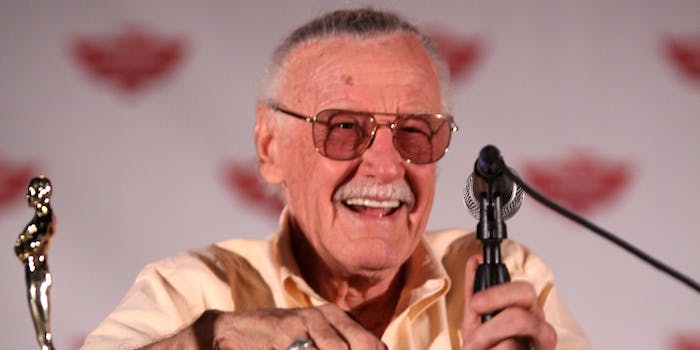 “Only a nut would even think of that.”

As the writer of numerous comicbook adaptations including Christopher Nolan’s Dark Knight trilogy, Goyer’s comments did little to endear himself to his target audience. This wasn’t just an issue of She-Hulk fans being offended by Goyer’s seemingly misogynist opinions, but the fact that his attitude came across as mocking and disrespectful towards superhero comics and their fans.

In the Washington Post, Marvel mastermind Stan Lee came forward to disagree with Goyer’s comments. After all, he’s the one who created She-Hulk in the first place, so he should probably know.

“As for her looking beautiful and curvy,” Lee added, “show me the superheroine who isn’t.” Also a good point. Superhero comics may not have been a feminist utopia back in the day (or even now), but looking hot isn’t exactly unusual for female or male characters in this genre.

Stan Lee is 91 years old and a longtime friend of Hugh Hefner. If he has more progressive opinions on female characters than you do, then you may have a problem.