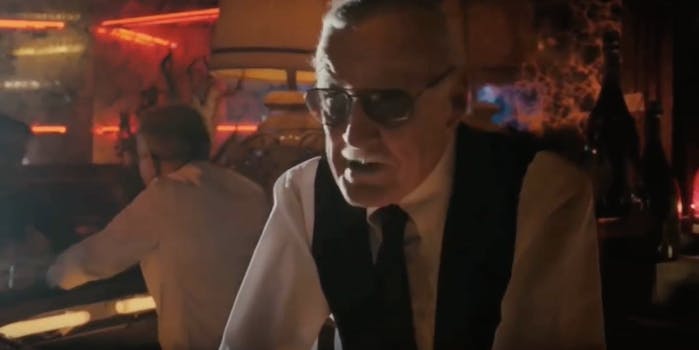 Celebrate Stan Lee with this supercut of his greatest cameos

He's done it all.

After decades of helping to create some of geek culture’s greatest icons, Stan Lee died at the age of 95 on Nov. 12. For millions of Marvel fans, though, he’ll remain immortalized in the dozens of films, shows, and cartoons he cameoed in throughout the years, since his very first appearance as a jury member on the 1989 made-for-TV film The Trial Of the Incredible Hulk. If you’re looking to refresh your Marvel memory, here’s a guide to every Stan Lee cameo.

Every Stan Lee cameo ever

Since 1989, the former Marvel president has taken almost every opportunity to embed himself (often hilariously) into every major Marvel property. Alongside the heroes from every major Marvel group—from X-Men to the Avengers to the Guardians of the Galaxy—Lee has stepped in as a bystander, a hot dog vendor, a bartender, an MC, a postal worker, and more.

In the case of Deadpool or Big Hero 6, Lee didn’t even play a role in the comic’s creation, but he still managed to find a way to add to the humor. Check out the video below for a visual rundown of every Stan Lee cameo, and then we’ll cover what that video didn’t get to.

There are a few cameos this video doesn’t manage to include: