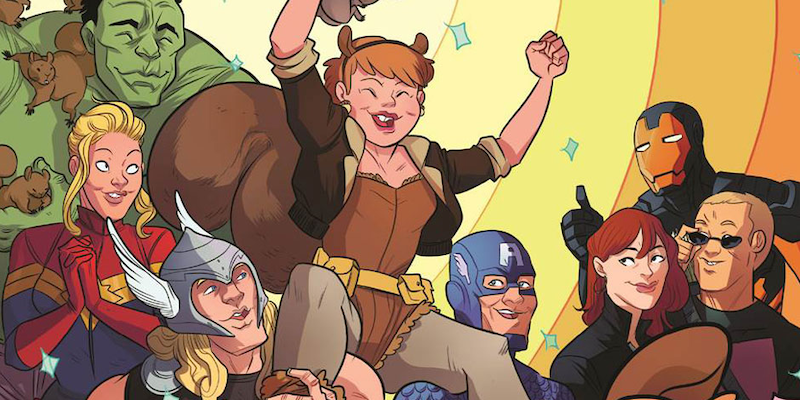 Marvel’s Squirrel Girl is getting a TV sitcom

The New Warriors team consists of six young superheroes living and working together. It’s a classic sitcom set-up, plus superpowers.

The Hollywood Reporter‘s announcement only names Squirrel Girl, so it’s possible that New Warriors will feature a mixture of new and familiar characters. As for Squirrel Girl herself, she’s a young hero with squirrel-themed powers, whose adventures lend themselves well to the comedy genre. Anna Kendrick previously expressed interest in the role, although we suspect she’s now too famous for an ensemble sitcom role.

The series will launch in 2018 with a 10-episode season, airing on Freeform. This will be Freeform’s second collaboration with Marvel, following the young adult romance/superhero drama Cloak and Dagger.