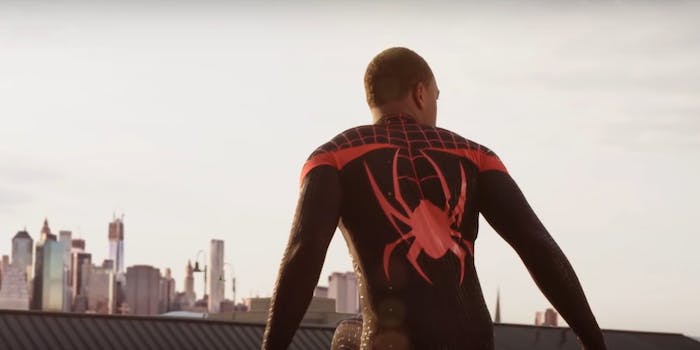 If only this movie were more than nine minutes long.

In a world suffering from a tragic dearth of Miles Morales Spider-Man movies, fan filmmakers are on the case.

Spider-Man Lives, written and directed by Ivan Kander, is a simple 9-minute taste of what a Miles Morales movie could be like. We’re introduced to his individual superpowers (invisibility and paralytic “venom strikes”), and the story kicks off at the same point as his introduction in the comics: just after the death of Peter Parker.

In true Marvel movie style, it even has a post-credits scene.

How long do we have to wait for a real Miles Morales movie? It’s hard to believe anyone needs another Peter Parker Spider-Man reboot.