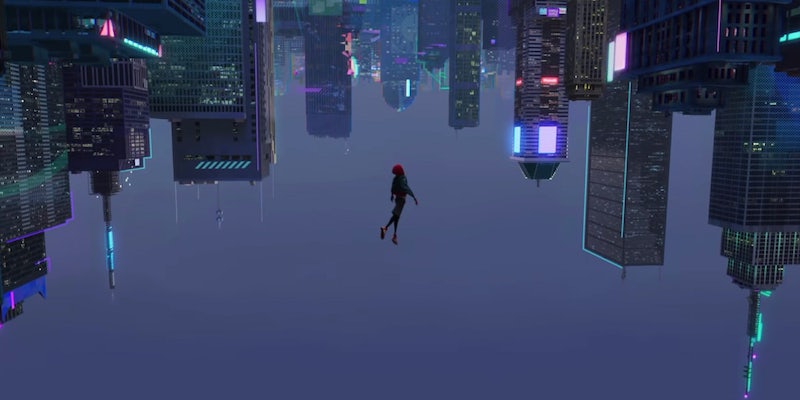 Early animation tests for ‘Spider-Man: Into the Spider-Verse’ capture the film’s iconic look

There are many shots fans will recognize.

Aside from the film itself, one of the greatest things about Spider-Man: Into the Spider-Verse is seeing its groundbreaking, behind-the-scenes animation process. And now we have our closest look yet at the foundation behind what made those sequences possible.

In a video posted to Vimeo, animator Alberto Mielgo explained that he was hired to direct the film’s first animation test.

“My main goal was to explore the language of comics and cinema and merge them together,” he wrote in the video. “We fully finished only 4 of the shots. Those finished shots open a door to a pipeline and its possibilities and help to estimate the overall film.”

Not all of the scenes and sequences in Mielgo’s video made the final cut of Into the Spider-Verse, and some elements were changed through the shaping the story. But the touchstones of what made that world pop are right there. Even in its first stages, the Spider-Verse feels much more expansive with the type of comic book visuals and tells that you could never pull off in a live-action film.

And Miles’ leap of faith? Some of the most breathtaking aspects of that scene were there from the very start of the movie.

“I can see that the final film preserved many of my shots,” he said. “I would like to congratulate and thank the whole team that finished the final film for preserving the compositions and the original intention of these shots. It shows that everyone felt inspired and that they really cared for this particular vision.”