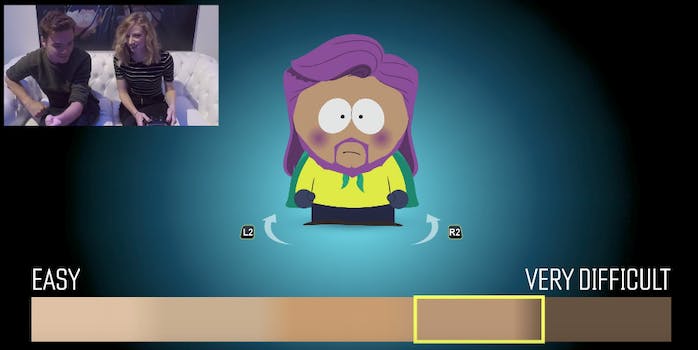 'This doesn’t affect combat. Just every other aspect of your whole life.'

Taking the series’ signature commentary to new heights, the new South Park video game will factor things like race and gender into the difficulty of gameplay. Think it’s hard to save the world? Try saving the world while Black. Or genderqueer.

As Eurogamer points out, the choices you make while creating your character at the beginning of the game will impact how you can move through the world. Things like other characters’ responses to you, or how much money you can make, will change depending on cultural attitudes toward your character’s identity—just like IRL!

“Don’t worry, this doesn’t affect combat. Just every other aspect of your whole life,” Eric Cartman assures you as you drag your cursor along the melanin spectrum.

According to Kotaku, automated characters will also respond to the player’s gender identification, which includes “male, female, and ‘other.'” After choosing one of those three options, players can further specify if their character is cisgender or transgender.