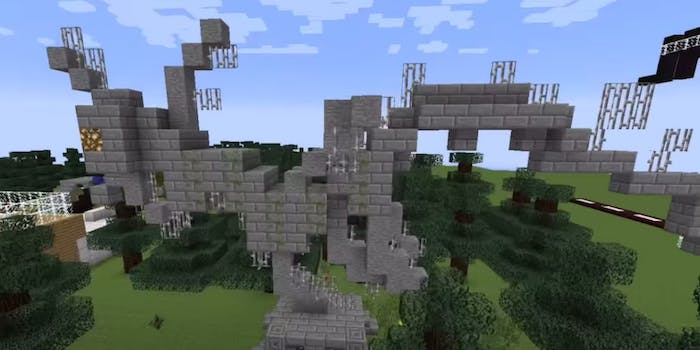 Meet the most adorable park designers ever.

You may never find plans for a national park or the planners themselves as cute as the ones from Linden Park Primary School in Australia.

“Leafy Sea Dragon National Park” was designed in Minecraft by third- and fourth-grade schoolchildren from Linden Park Primary. They’re the winners of a competition held by the Adelaide and Mount Lofty Ranges Natural Resources Management Board in South Australia that challenged school kids to design a park in the building game.

The children get a trip to Belair National Park with guided walks, picnics, and mountain biking. Even better, the government of South Australia plans to make the national park design a reality using a $8.9 million budget.

Each entry in the competition was submitted with five screenshots and a narrated flyover video. The South Australian Department of Environment, Water and Natural Resources has uploaded some of the videos to YouTube. The “Leafy Sea Dragon National Park” video includes a fly-over and a walking tour, and it’s adorable.

“Whilst this competition is a lot of fun,” said Sustainability, Environment and Conservation Minister Ian Hunter to InDaily, “these entries show us what children really want to do in our national parks, and while we can’t use all of the wonderful ideas we’ve received, they will inform the design of new natural play areas.”

Screengrab via Department of Environment, Water and Natural Resources/YouTube