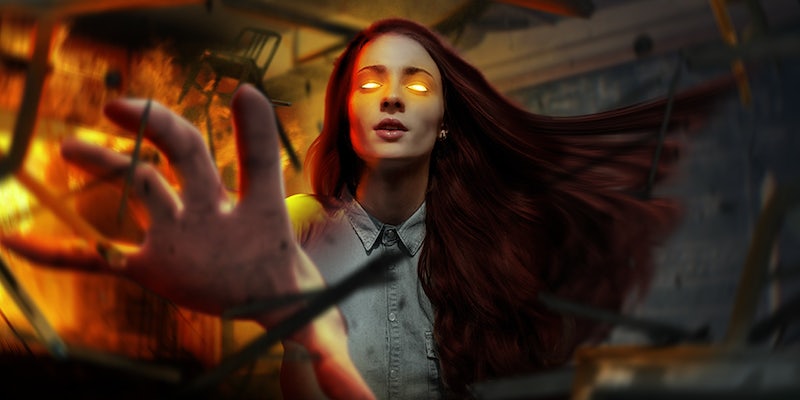 Without official imagery, we just have to imagine.

OK, so we can hopefully agree that casting Sophie Turner was the best decision the X-Men: Apocalypse producers could have made. But what will she look like as Jean Grey?

The actress is best known as the red-haired Sansa Stark from Game of Thrones, although in reality she’s a natural blonde. It’s not a huge leap to imagine her with Jean Grey’s darker hair, so fanartist Bosslogic has tweeted some nifty photo edits to illustrate what she might look like in the movie.

Director Bryan Singer announced the new generation of X-Men last week, with Sophie Turner as a young, 1980s-era Jean Grey, Tye Sheridan as Cyclops, and Alexandra Shipp as Storm. Bosslogic also shared his idea of what the other new X-Men actors would look like in their roles, including Tye Sheridan taking a somewhat anachronistic selfie in Cyclops’ visor.

X-Men: Apocalypse hasn’t even started filming yet, so it will be a while before we see what these characters really look like. In the meantime, you might as well follow Bosslogic on Twitter, because there are many more superhero concept designs where these came from.