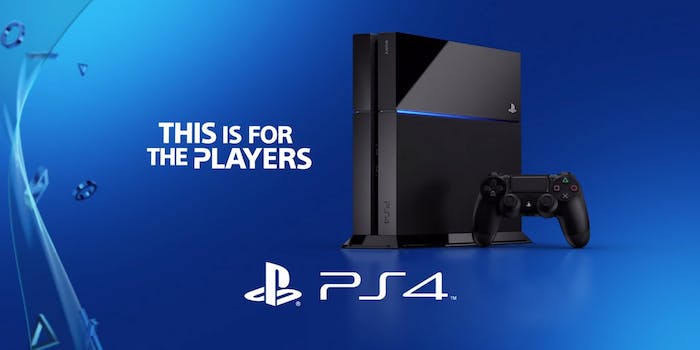 The inevitable response to Microsoft’s Xbox One news from E3 has arrived.

As expected, Sony has answered Microsoft’s recent announcement of an Xbox One unit with 1TB of hard drive space by announcing a PlayStation 4 with a 1TB hard drive. The PS4 Ultimate Player Edition launches on July 15 in select Europe and PAL territories.

Sony has also announced a new, improved version of the PS4 hardware that is 10 percent lighter in weight, uses 8 percent less power, has a matte finish instead of the half-shiny, half-matte finish on current PS4 consoles, and has a 500GB hard drive—the same amount of space on a current, baseline PlayStation 4 unit. It will be released in Japan toward the end of June, with releases in other markets soon to follow.

We asked Sony for comment and did not hear back by publication time, but Sony did confirm to Eurogamer that these two offerings are not based on the same hardware.

If you’re planning to purchase a PlayStation 4 in the near future, you may want to wait until Sony  announces a 1TB edition that is also running off the new and improved hardware. It’s a safe bet that hardware and storage space combo is coming, and in a console generation where gamers have no choice but to download their games to the console’s hard drive, an extra 500 GB means a lot.

Eurogamer has reported the price of the new and improved PS4 unit as $399. No price has been yet been reported for the Ultimate Player Edition.