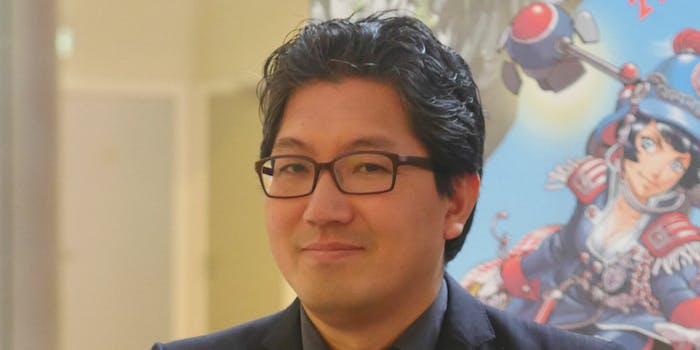 Just a quick note to let you know, I joined SQUARE ENIX in January.
I’m joining game development as before, and strive to develop games at SQUARE ENIX.
I aim to develop an enjoyable game, please look forward to it.

Naka is best known for developing the wildly popular Sonic the Hedgehog games back in the 1990s. The series was credited with boosting the success and popularity of the Sega brand, which adopted Sonic as its official mascot. Naka’s list of gaming credits also includes Phantasy Star, Nights into Dreams, Samba de Amigo, and Billy Hatcher. He worked as the former head of Sega’s Sonic Team until 2006 when he left to launch his own independent studio, Prope.

Prope released Let’s Tap in 2008 for Wii and a few Digimon games, but not much was heard from the developer after Rodea the Sky Soldier for 3DS and Wii U hit the scene back in 2015.

Details about any forthcoming projects are unknown as of now, but more than likely this dynamic pairing will produce something worthwhile. Stay tuned!