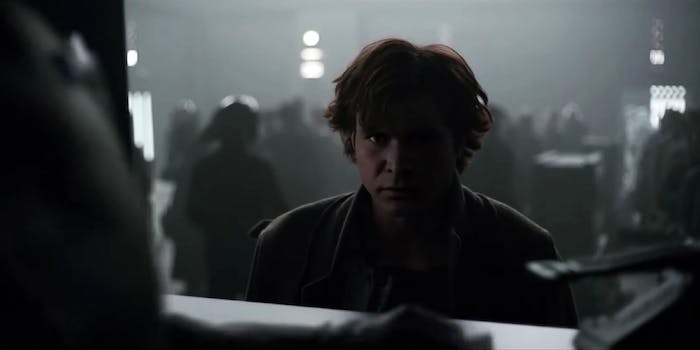 Someone edited Harrison Ford into ‘Solo,’ and it’s so good, it’s eerie

Solo: A Star Wars Story introduced us to a younger and less cynical Han Solo as well as a new actor taking control of the Millennium Falcon. But with the help of some incredibly uncanny AI, Harrison Ford is right back in the role he made so iconic.

It’s not the first time that someone’s tried to insert Ford into Solo; a previous iteration made its way online shortly before Solo’s theatrical release. This version, which comes from a YouTube account called derpfakes, uses deep learning to place Ford’s face over Alden Ehrenreich in even more scenes.

The results veer deep into the uncanny valley. The edit is mostly seamless (it tends to work better in scenes that are more dimly lit and not as action-packed) to the point where it’s jarring to see Ford speak while hearing Ehrenreich’s voice.

Solo, which was riddled with behind-the-scenes turmoil while shooting, is far from a perfect Star Wars movie. Ehrenreich’s performance is one of the more divisive aspects of the film—some loved him while others never thought he measured up to Ford—so seeing Ford placed back into the movie will likely appease some fans. (I wouldn’t be surprised if we eventually end up with an entire Ford-inserted Solo movie edit at some point.)

But even if it looks good from a visual perspective—and editing capabilities and technology are only getting more advanced—there will still always be something a bit off about it.