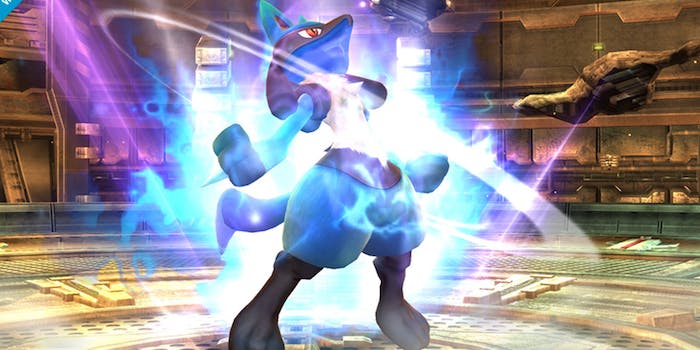 Nintendo hasn’t finished Super Smash Bros. for Wii U yet

To be fair, getting such a diverse cast of characters to play nice together must take some coaxing.

With just over a month until the Nov. 21 release of Super Smash Bros. for Wii U, you’d think the game would nearly be finished. But game designer Masahiro Sakurai isn’t making that claim just yet.

In a recent interview with Japanese publication Famitsu, when asked how it felt to be finished with Smash Bros. for Wii U, Sakurai replied “I’m not done yet…”

Games tend to go gold, or ready for manufacture, about three weeks before release, but in the digital age, this doesn’t apply as much. Thanks to the Internet, developers can continue working on their game up until, and even after, its release. Customers who pick up the game disc often need to download and install a day-one patch to fix up any bugs that were squashed at the last minute.

For Nintendo, it’s incredibly important to release a game as pivotal as Smash Bros. on November 21, before Black Friday. Smash Bros. for Wii U will launch in Japan, Europe, and Australia in December, which just shows how much attention is given to the U.S. market before Black Friday. It’s likely that all of Nintendo’s manufacturing power will be dedicated to filling U.S. stores in order to make sure that quantities are plentiful.

Here’s hoping the extra time can fix some of the complaints we had with the 3DS version.