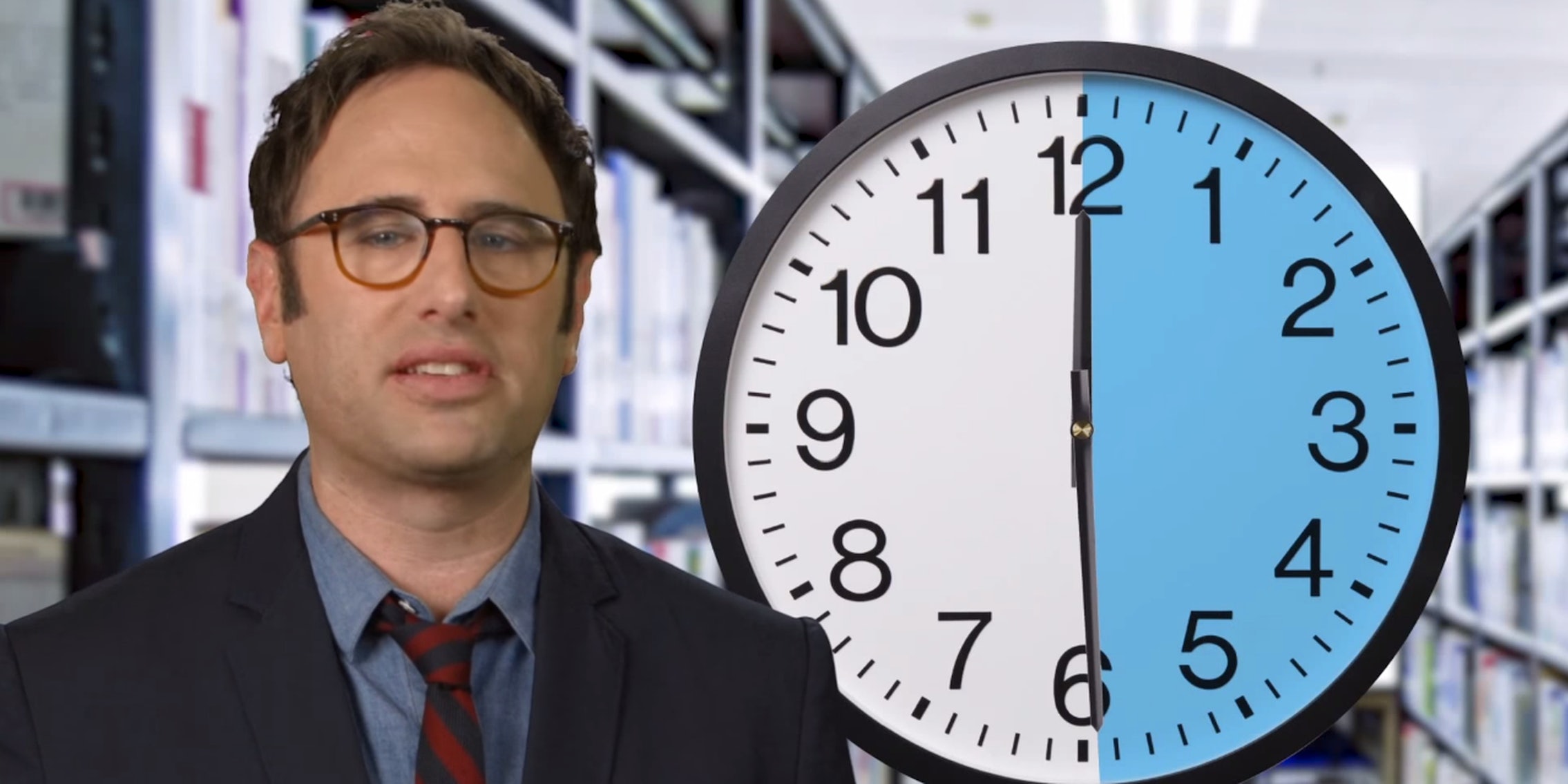 Your sleeping habits are terrible—do this instead

Put down the phone and get some sleep, man.

It’s no secret that people in developed nations aren’t getting enough sleep.

It’s a sad truth that modern culture has demanded the eight-hour sleep schedule. Prior to industrialization and urbanization, people generally used to sleep earlier, have a short period of wakefulness in the middle of the night, and then sleep until dawn. But with the advent of street lighting and the eight-hour work day, blocking out an eight-hour stretch of sleep at night became a necessity.

Also we spend too much time in front of computer screens with nightly glasses of wine, according to the Sklar Brothers’ latest “You’re Doing It Wrong” video.

The Sklar Brothers have good science-based advice: put down the tablet, the wine, get naked, and sleep on your back.

Other common bits of advice include to shoot for seven-to-eight hours of sleep per night, even if you’ve accrued a bit of sleep debt. Get up and go to sleep at the same time every day and avoid caffeine in the afternoon and evening, they add.

Some apps are also trying to offer people a compromise between screen time and a good night’s sleep. Conventional wisdom says that that the predominantly blue light that emanates from our screens is what tricks our brain into thinking it’s morning. Apps like f.lux cut the blue light from our screens as the day wears on, so that by the time you’re ready for bed your screen looks mostly yellow.

But brightness can be a factor as well, and it can be difficult to turn down the brightness on screens to anything less than an eye-searing glare.

The benefits of sleep run from just allowing you to be more alert in the morning, to keeping your skin fresh and youthful (adding a kernel of truth to the term “beauty rest.”) So put down the tablet, pick up a book, and get some shut-eye.

Screengrab via You’re Doing It Wrong/YouTube