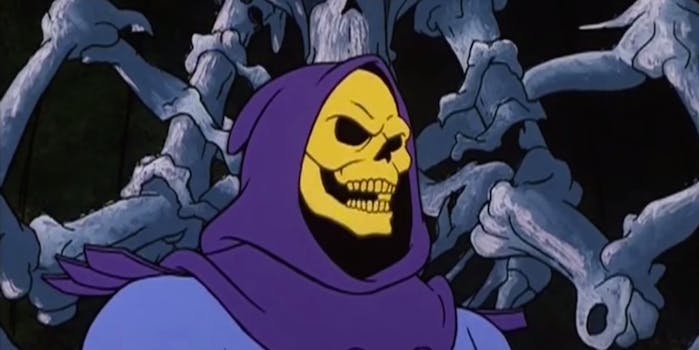 Vintage ‘He-Man’ montage proves Skeletor is the master of insults

"You pathetic pair of pitiful pinheads!"

Got a bone to pick? Doubtful Skeletor’s going to deal with it.

The villian who is always after Castle Grayskull in the He-Man cartoons may not be the master of the universe, but he’s well on his way to becoming a master of the insult. He’s surrounded by numbskull minions who appear incapable of following orders or being effective henchmen, and He-Man isn’t much better. Skeletor can’t beat him, so naturally he goes to his artillery of verbal jabs.

Who needs infinite power when your tongue can lash out plenty of damage?