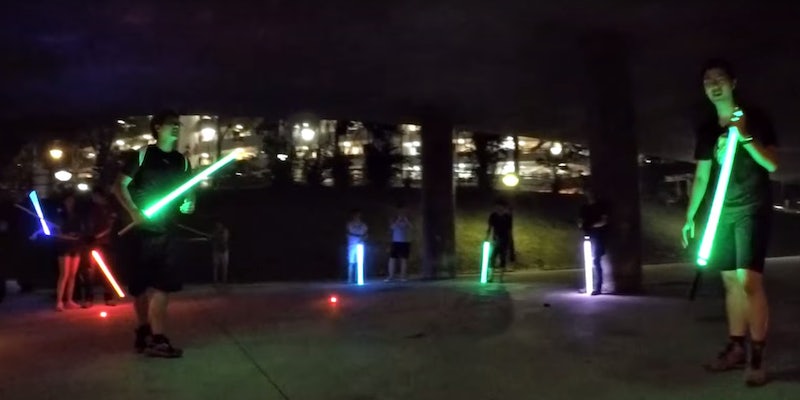 This is our new dream hobby.

Sword fighting is already a cool hobby on its own, but if you change the swords to lightsabers and stage your practice duels outdoors, you have a recipe for the best workout ever.

Singapore’s “Force Academy” offers lightsaber lessons based on real martial-arts techniques, and their teaser video has us itching to try it out.

Can this become a widespread thing like Muggle Quidditch, please?

If you’re interested in seeing a more in-depth look at real-life lightsaber battles (and let’s face it, who isn’t?), we recommend watching this longer video from the Force Academy that shows the duels playing out in more detail.

Screengrab via The Saber Authority/YouTube