Could this be the most "realistic" comic book cosplay ever?

Believe it or not, the picture you’re about to see isn’t an illustration from a comic book; it’s a real person wearing body paint. 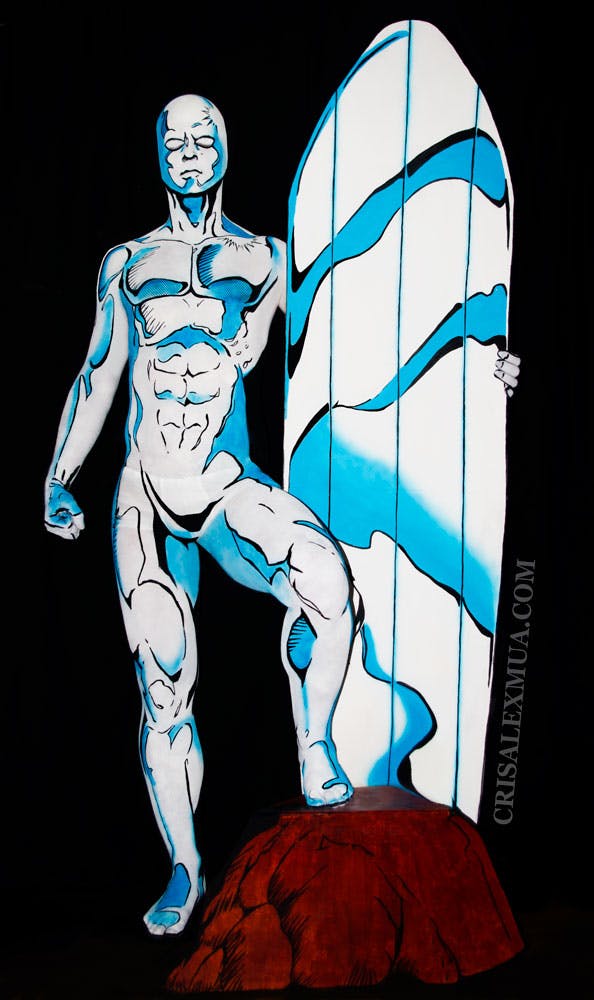 Once all the body paint was applied, Alex used bright light to “flatten” the appearance of her model and remove as many real shadows as possible. With a black background and a prop surfboard, the resulting image is so surreal that you have to look hard to see past the optical illusions that make him look like a living cartoon.

Usually when cosplayers use body paint to dress up as “naked” characters like Mystique and the Silver Surfer, they only go so far as including a little creative shading around the abs. Alex’s work goes much further, using stark black lines and two-tone shading to completely change the model’s body shape. 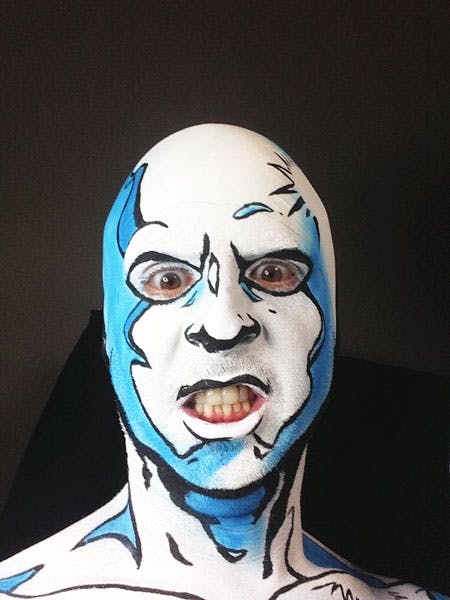 Perhaps the next “realistic” superhero movie should look to this makeup artist for advice when designing their characters. This is the most authentic superhero cosplay we’ve ever seen.