Is this the most highbrow d**k joke in television history?

Mike Judge really does his homework.

Rarely does the season finale of a sitcom hinge on advanced mathematics, but when it comes to Mike Judge’s Silicon Valley, one should never underestimate the geek pedigree.

In last night’s episode, right as things seemed bleakest for the hapless employees of startup Pied Piper, inspiration struck in the form of a lengthy digression about dicks.

The team, resigned to a public embarrassment in the finals of TechCrunch’s Disrupt conference because a Google-like company reverse-engineered their algorithm, idly wonders how long it would take one of them give the entire audience handjobs. 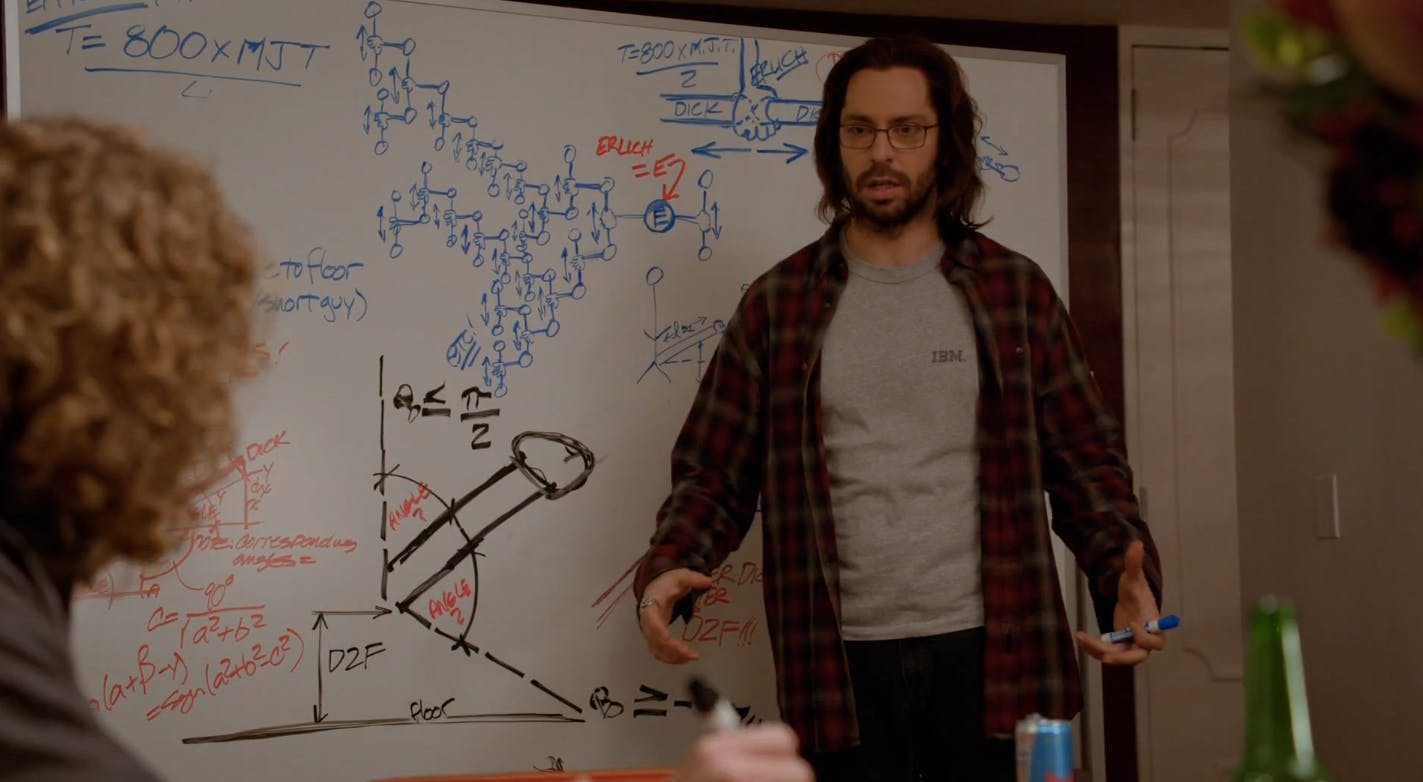 As you can see, the calculations spiral out of control from there, eventually involving variables such as “dick-to-floor” height (D2F) and “time to orgasm” (T2O), not to mention the nagging problem of girth differential. But in the end, it all checks out:

I asked @MikeJudge to explain all the math on the board. He did. We got Stanford engineers to verify it all. #true #SiliconValleyHBO @HBO

But there was more to this gag than deep technical knowledge and a sly comment about the real Silicon Valley’s male-dominated, circle-jerk corporate culture: the masturbatory chat is what gives Richard (the wonderfully uncomfortable Thomas Middleditch) the epiphany of working from the “middle out” for optimal “tip-to-tip” efficiency in his compression algorithm.

As a result, Pied Piper wows the Disrupt crowd with an off-the-charts “Weissman score.” 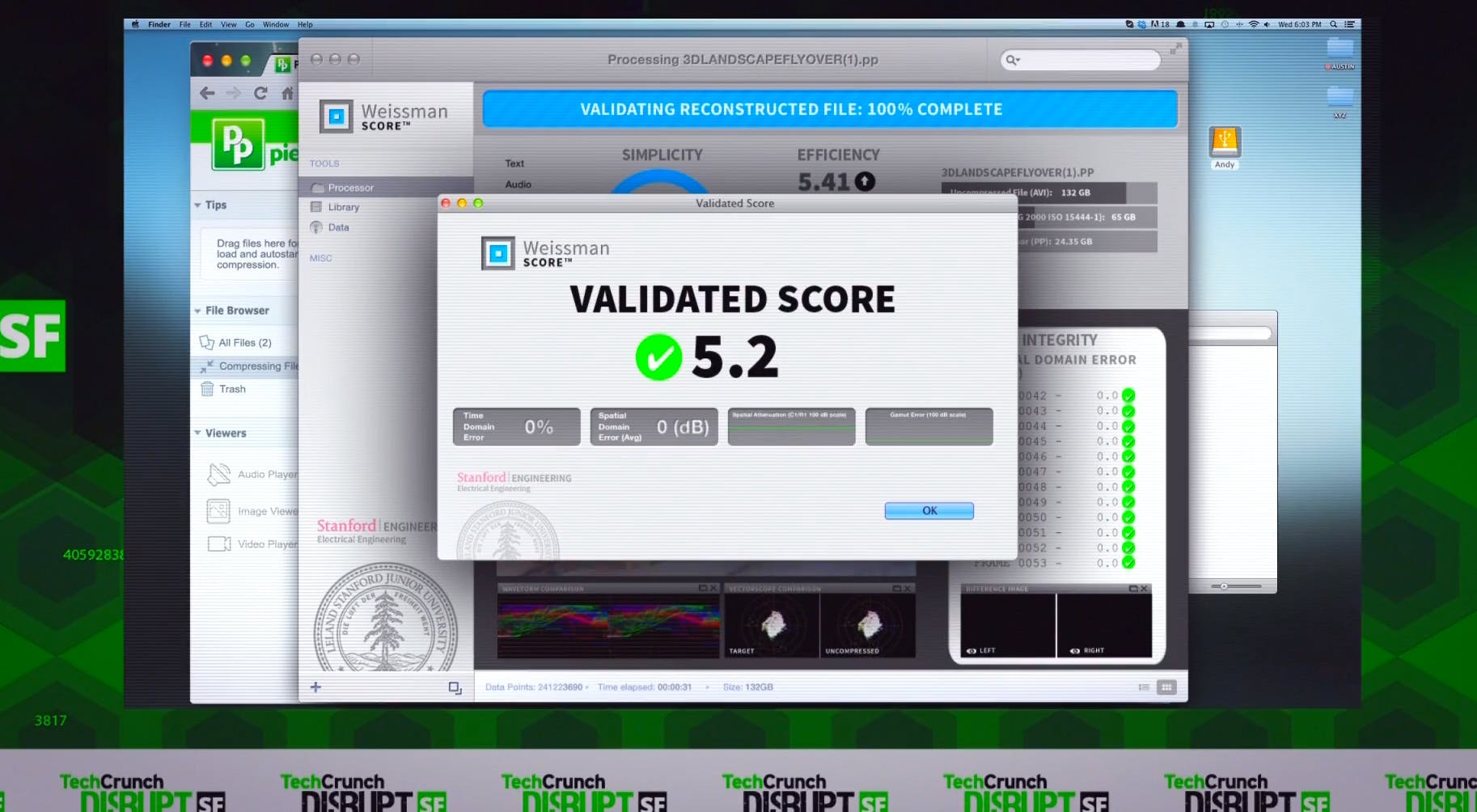 Where most creatives would have happily invented such a concept from whole cloth, Silicon Valley’s producers commissioned the genuine article from Stanford professor Tsachy Weissman and graduate student Vinith Misra—for authenticity’s sake.

Does popular entertainment get any dorkier than that? Your move, Big Bang Theory.