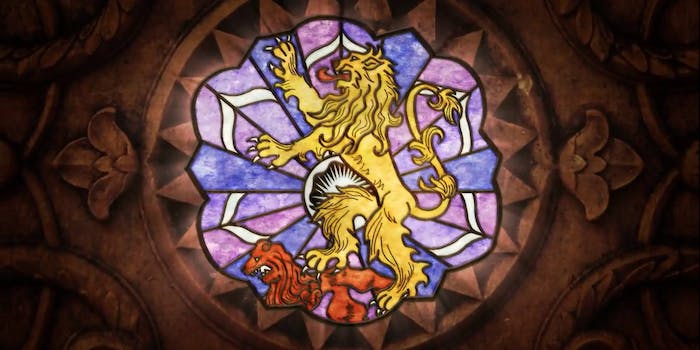 Did you miss Sigur Rós on ‘Game of Thrones’ last night?

The popular Icelandic band posted its "Rains of Castamere" cover on YouTube.

Last night’s spoiler-laden episode of Game of Thrones held plenty of surprises for fans, but one of the most unexpected had nothing to do with the plot. Popular Icelandic band Sigur Rós turned up briefly in the episode to perform the telltale anthem “Rains of Castamere,” a song that should have sent alarm bells ringing for astute fans. The song, which tells of a rebellion quelled at the hands of the mighty Lannister clan, rarely bodes well for the hearers.

Then again, does anything bode well in Westeros?

Sigur Rós is a favorite of Game of Thrones show creators David Benioff and Dan Weiss. Although the band was only in the episode for a moment or two, they also performed the mournful song on the credits.

In case you missed it, they kindly shared it with YouTube (beware spoilers in the comments):

To compare, here is the famous Red Wedding version, sung after the credits of Season Three’s infamous penultimate episode, “Rains of Castamere:”