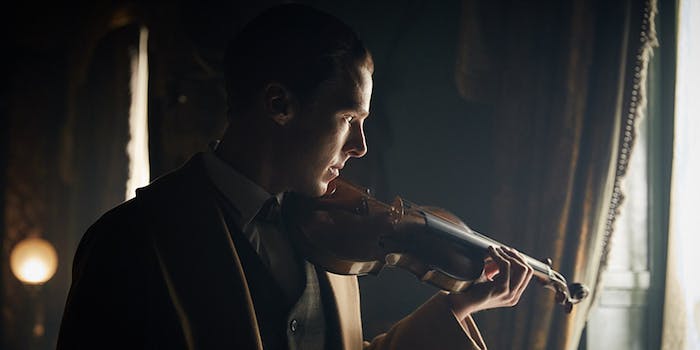 So, who is Sherlock's 'Abominable Bride?'

We finally have an air date for the much-anticipated Sherlock holiday special: Jan. 1, 2016. The episode will air on the same day in the U.S. and the U.K., as well as in select cinemas worldwide.

The BBC also announced the episode’s enigmatic title, “The Abominable Bride.” Taking place in the Victorian era, it’s a one-off storyline to tide us over until the show returns to its modern-day setting for season 4.

One image not enough? Here’s three more from The Abominable Bride to whet your appetites… #221Back #Sherlock pic.twitter.com/BiGvLKQfRA

While the BBC has kept a lid on details of the episode’s plot, the title gives us several possible clues. The most obvious is a reference to the Sherlock Holmes story “The Musgrave Ritual,” in which Holmes briefly mentions a case concerning “Ricoletti of the club foot and his abominable wife.” Unfortunately, he never elaborates on the Ricoletti case any further, leaving us with very little to go on.

Alternatively, the title could be a reversed reference to the short story “The Adventure of the Noble Bachelor,” since a noble bachelor is basically the precise opposite of an abominable bride. Sherlock episode titles often take inspiration from well-known Holmes stories—for example, “The Hounds of Baskerville” or “The Empty Hearse”—and “The Adventure of the Noble Bachelor” already includes a potentially abominable bride of its own: Hatty, a woman who goes missing on her wedding night.

Of course, the simplest explanation is that the bride is just a character in the episode. The trailer does show a woman in a white dress holding what appears to be a gun, and it doesn’t take Sherlock Holmes to deduce that she’s probably the bride in question. But since the BBC made sure to make the trailer as uninformative as possible, all further details are still a total mystery.

As for season 4, it’s due to start filming in early 2016. That means at least another year-long wait for more episodes, although at this point, Sherlock fans are used to it.

Series 4 of #Sherlock will start shooting next spring. Steven Moffat and @Markgatiss are busy writing away right now.