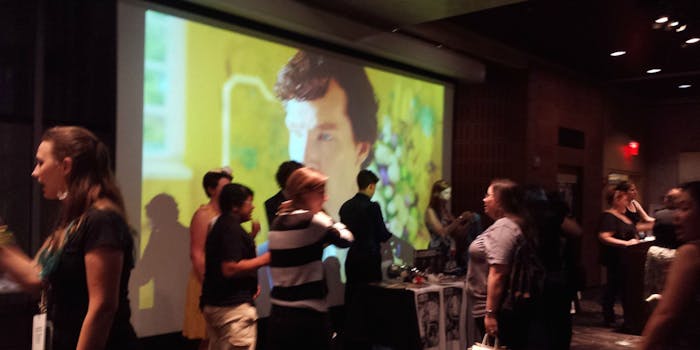 While Sherlock may not return to TV on a regular basis, the wait between seasons doesn’t seem to dampen fans’ passion for the franchise.

BBC’s Sherlock may not be coming back until 2015, but that doesn’t mean the show’s presence is not felt at San Diego Comic-Con. Despite the lack of an official panel with the producers and cast, fans threw their own event in honor of the series and all things Sherlock Holmes.

Friday night, fans gathered on the ninth floor of the San Diego Central Library for SherlockeDCC, an annual party celebrating Holmes. The party quickly sold out in May, as the event has become one of the most anticipated of the convention. This year fans had the chance to get some swag, take advantage of a photo booth, have a custom manicure, and enjoy more activities to satisfy their Holmes fix. Even themed drinks like “The Gin Is On” and “221 Bacardi” dominated the bar. The crowd consisted of all types of fans: men and women, young and old, and especially those in love with the BBC series. 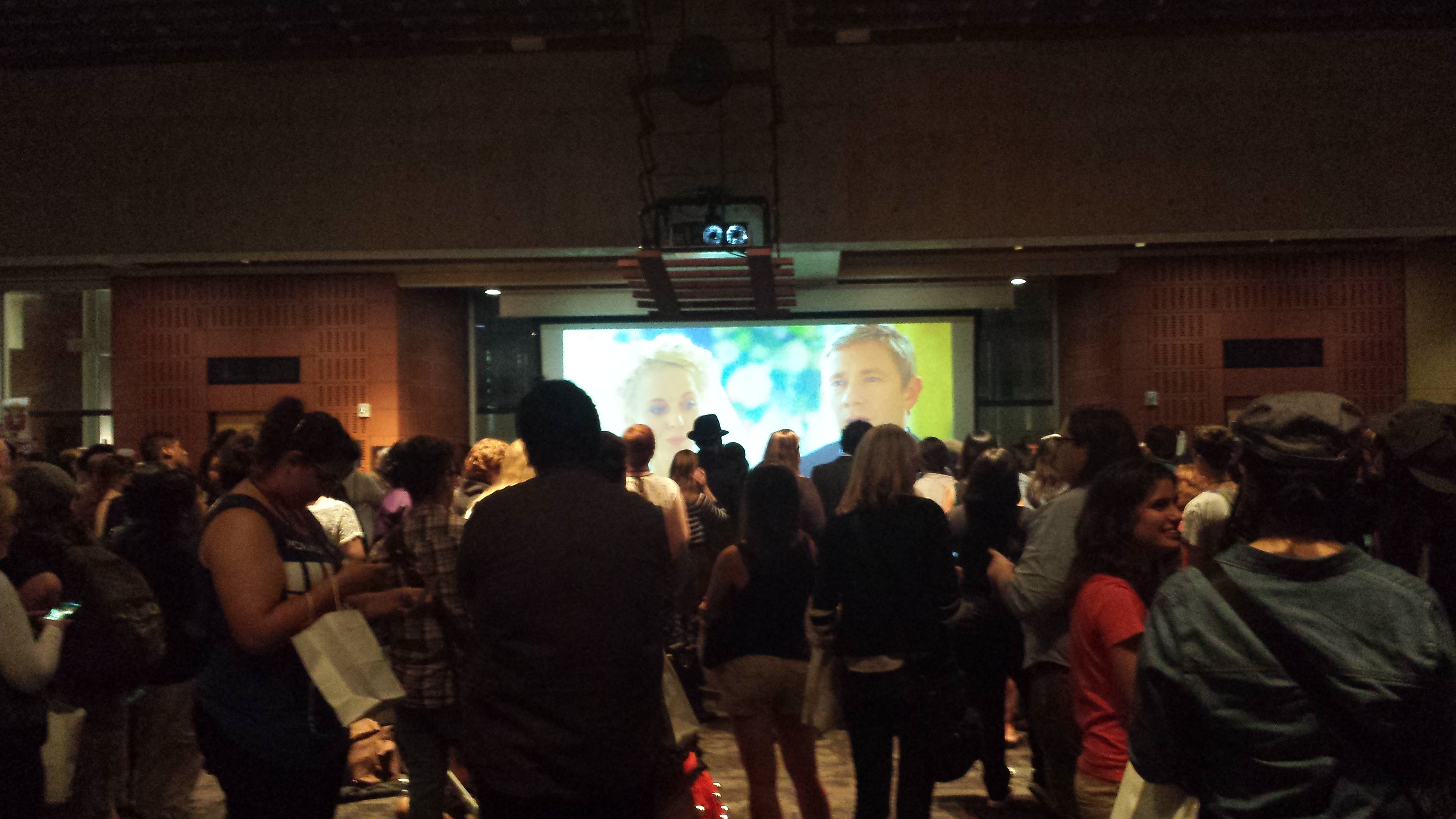 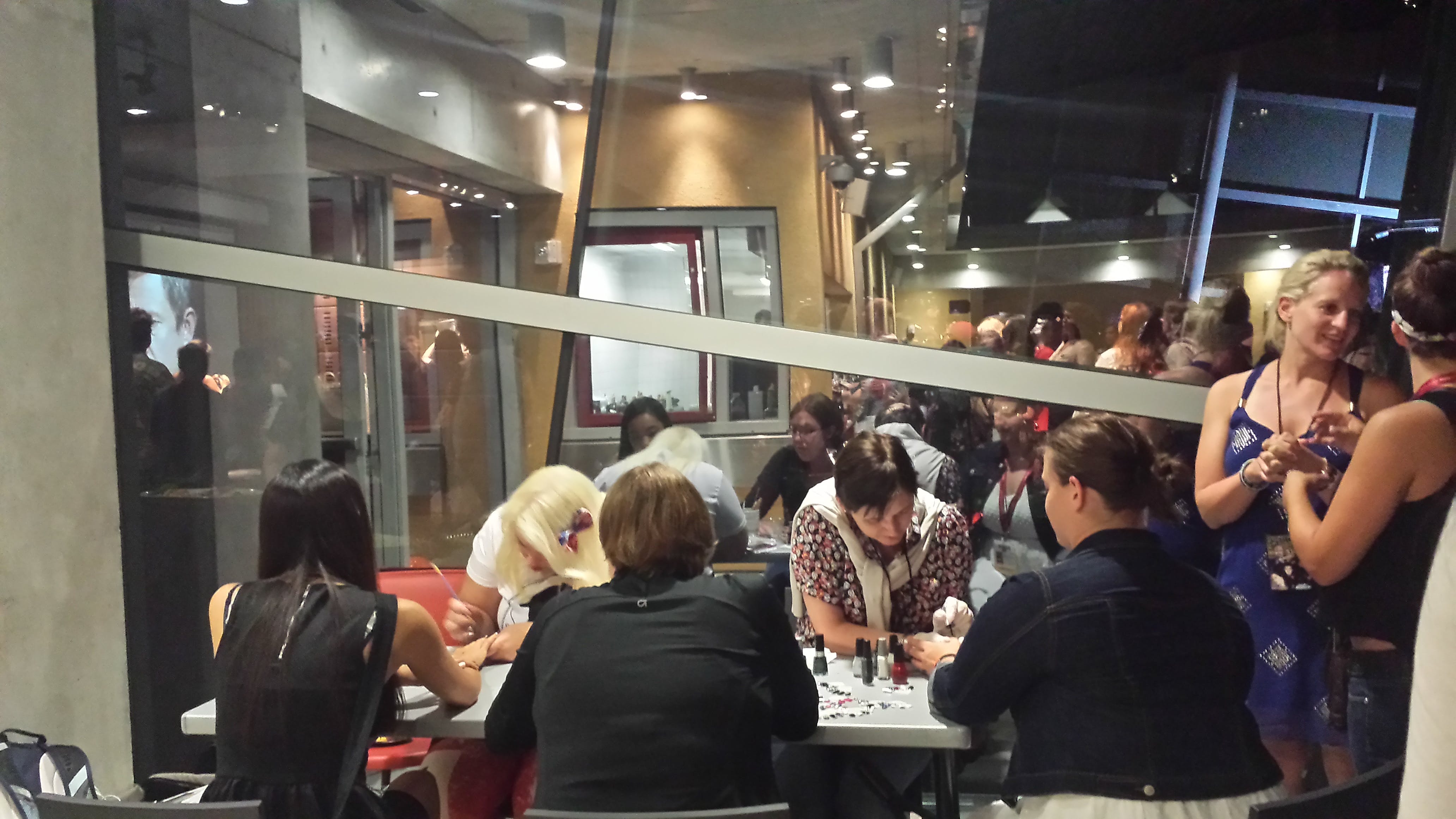 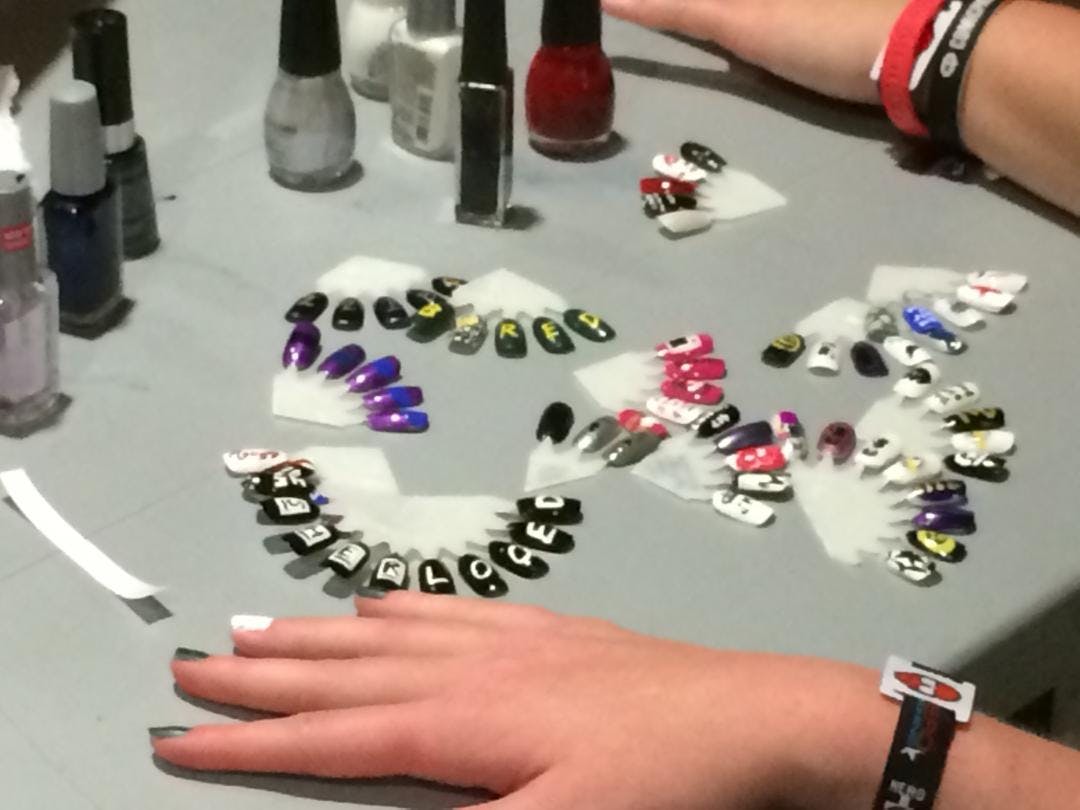 While Sherlock may not return to TV on a regular basis, the wait between seasons doesn’t seem to dampen fans’ passion for the franchise. Elizabeth Giorgi, founder of the blog Being Geek Chic and a member of the Baker Street Babes, calls the long wait double-edged. She told the Daily Dot it’s a weird balance where the time between seasons may be hard for fans, but at the same time, it makes them more passionate about the show.

“Because it’s on so infrequently, it’s more exciting when it is on,” Giorgi said. “It’s a big event. It’s like when a big Marvel movie comes out or when a really big event movie like the next Batman comes out, because it feels so much more epic than just the standard television show. Also, I think because the fame of Benedict [Cumberbatch] and Martin [Freeman] have gone up so exponentially because of the show and in their other professional careers, that others have sort of latched on to them too. So it’s like, Oh, we’re seeing them in The Hobbit, we can wait for them to do Sherlock!”

Why are fans so dedicated to a series that has only aired nine episodes so far in the first place? Fans Ashley and Heather both love the show’s intelligence.

“I feel like every time I watch Sherlock, there’s something different to pick apart, like it’s not a show you watch once and leave it be,” Heather told the Daily Dot. “You know how you binge-watch series on Netflix? For Sherlock I did that and then I wanted to again and again and every time I found something new in the story. Some nuance, something a character did, some foreshadowing… the intrigue and the mystery and the show just being so clever is what will keep people coming back for it.”

London natives David and Denise were also at the event, and while they have a love of the BBC in general, the couple agree that Sherlock is brilliant, from the casting to the production. Part of what keeps them coming back is also the cliffhangers that end each series leading into the long wait.

“It’s better than any show on TV at the moment,” David said. “There’s nothing on TV that actually compares in a way. It’s just such a good show.”

All these sentiments are what keeps the fandom’s passion going and events like SherlockeDCC happening. Every year Giorgi sees familiar faces that come out to celebrate this shared interest.

“We especially see a lot of the cosplayers come out and they always impress us,” Giorgi said. “We see a lot of people who really liked the show’s series one or two, but then series three came on and everything clicked and they became obsessed. Then they come here and we find out they’re reading the books and checking out other stuff. I think that’s really rewarding, if someone picks up the book and checks out what the stories are really about.”