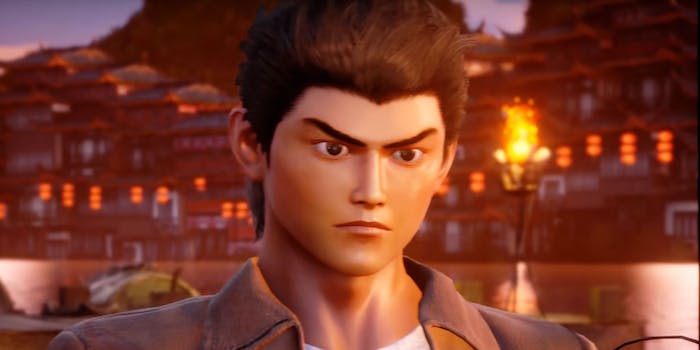 Shenmue III and other games delayed to 2019

The wait for Shenmue III is about to become a legal adult.

In a not-all-that-surprising move, Shenmue III publisher Deep Silver has announced that the game will be delayed until an unspecified date sometime in 2019. Shenmue III, helmed by series creator Yu Suzuki, was originally scheduled for release in 2017 before being delayed until 2018… and now 2019.

Suzuki and Deep Silver issued a joint statement expressing their reasoning behind the delay:

To all of our backers, we are very sorry for the delay. After much discussion with our partners, Deep Silver, we have concluded that extending the release will allow us to deliver Shenmue III at its best. We promise to use this time to improve the quality of Shenmue III. We cannot thank you enough for your enduring support.

It’s unknown whether the delay was due to any one specific issue with development, although Deep Silver did receive criticism after a 2018 teaser trailer featured some characters with faces that seemed incapable of emoting. That criticism prompted the Shenmue III team to post a video to their Kickstarter page showing that they did, in fact, have the tech to allow characters to emote. Suzuki and Deep Silver’s statement implies that the team still isn’t quite confident enough to show off a larger chunk of the game in its current state, instead opting for at least a few more months of polish before the inevitable marketing blitz that will come before it’s actual release.

Shenmue III was originally announced as a Kickstarter project back at E3 2015 to wild excitement of fans of the long-dead series. Considering the last game, Shenmue II, released on the original Xbox back in 2001, who could blame them?

To tide fans over, Shenmue and Shenmue II remasters are scheduled to release on the PS4, Xbox One, and PC later this year. Even diehard fans might need a refresher by the time the third game comes out.

Deep Silver didn’t just delay one game today. Metro: Exodus, the third installment of the popular Metro shooter franchise was also delayed. THQ Nordic, owner of Deep Silver, announced in its earnings report that Metro: Exodus would instead release in the first quarter of 2019 instead of the original late 2018 window. That original date would have put it shoulder-to-shoulder with mega-franchise sequels like Call of Duty: Black Ops 4 and Red Dead Redemption 2, so it’s no major surprise that THQ Nordic would give it more room to breathe in the less-crowded early spring.

The one game not published by Deep Silver or THQ Nordic seeing a delay today is Indivisible, the follow-up to developer Lab Zero’s successful action game Skullgirls. Indivisible is now scheduled for a 2019 release, mostly due to a large workload of art assets needing additional time to finish and implement.