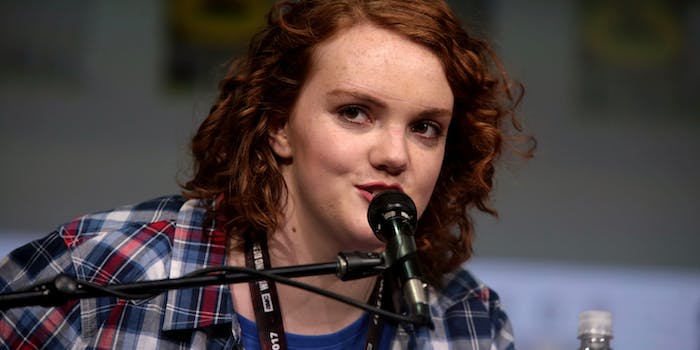 It’s been more than a year since Stranger Things introduced us to—and then cruelly killed off—Barb, Nancy Wheeler’s no-nonsense best friend. And while the show had more than a few nods to Barb, some fans still want justice, even letting the actress who played her know about it.

Shannon Purser, who played Barb on the show, shared a photo of her recent Starbucks order on Twitter. Whoever took her order must have been a Stranger Things fan because they included the message “Barb deserved better” on her cup instead of her name.

Although Barb’s disappearance (and death) didn’t garner much attention in Hawkins, Indiana, in season 1, it’s a big factor in season 2. Nobody knows that Shannon died outside of a small group of people, the guilt of which eats Nancy alive. Barb didn’t live, but she was never forgotten.

However, some fans took the Stranger Things nod to throw a few jokes at Starbucks:

Another fan initially thought the cup was directed toward another Stranger Things character who met a grisly and untimely end who deserved better, a sentiment that Purser shared.

Now that Barb got some acknowledgment in season 2, can we see some #JusticeForBob in Stranger Things season 3?