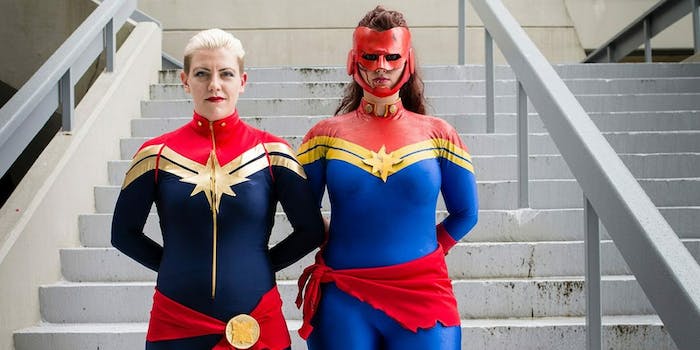 The book has a ready-made audience.

Shannon Hale, author of several books including the young adult fantasy novel Princess Academy, is the latest novelist to start working for Marvel.

Hale will pen a Captain Marvel book for the publisher, following in the footsteps of Black Widow: Forever Red, The She-Hulk Diaries, and Rogue Touch, Marvel’s recent attempts to break into the YA prose fiction market.

On her Tumblr blog, Hale wrote:

“At NYCC today, Marvel’s Joe Quesada announced that Dean and I will be writing a Captain Marvel YA novel. Earth’s Mightiest Hero! Obviously we’re very excited and honored to be entrusted to tell a story with this beloved character. If you aren’t familiar yet with Carol Danvers aka Captain Marvel, you will be!”

“Dean” refers to her husband Dean Hale, with whom she co-authored two graphic novels aimed at children and young adults, Rapunzel’s Revenge and Calamity Jack.

The Hales’ Captain Marvel book has a ready-made audience in the form of the Carol Corps, the passionate fandom that grew up around the character’s 2012 comic book relaunch. Combined with the upcoming (albeit delayed) Captain Marvel movie, this makes Carol Danvers an ideal choice for novelization.

This may be the most badass thing I ever do and one time I uprooted a tree with my bare hands https://t.co/QUdky1MYab