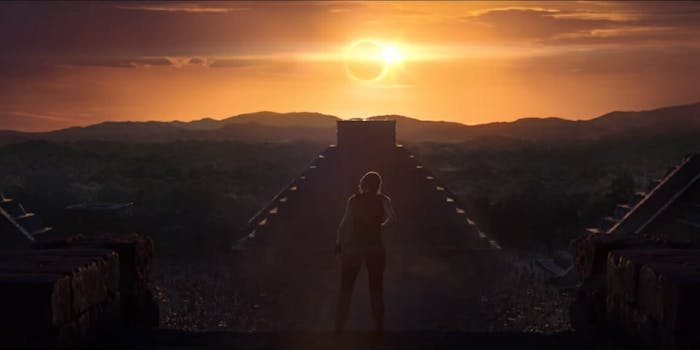 'Shadow of the Tomb Raider' comes out in September.

Judging by the critical response, the new Tomb Raider movie can best be described as “OK.” The next game, however, is attracting a lot more hype. Shadow of the Tomb Raider was officially announced on Wednesday, and the first teaser looks great.

Shadow of the Tomb Raider is the third installment in the rebooted “Survivor Timeline,” following Tomb Raider (2013) and Rise of the Tomb Raider (2015). Actress Camilla Luddington reprises her role as Lara Croft, after providing voice and motion capture performance for the last two games. The trailer looks as action-packed as you’d hope, showcasing some intense new settings.

Shadow of the Tomb Raider comes out on Sept. 14 on Xbox One, PlayStation 4, and PC. This is just the announcement teaser, so you can expect more information when they reveal the full game next month.