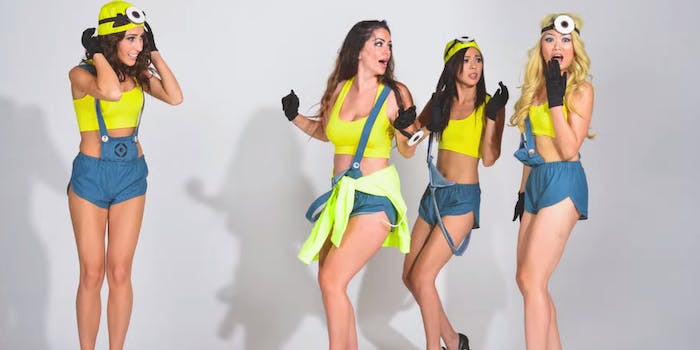 Sexy minion costumes are coming, and there’s nothing you can do about it

Sorry, folks. There's no way to avoid this.

Think of this as the warning message you receive before a meteor is due to hit Earth. There’s nothing you can do about it, and you won’t feel the impact for a few months, but it’s probably best to prepare yourself in advance.

So, here it is: Sexy minions.

This Halloween, you are guaranteed to see at least one person in a sexy minion costume. It’s going to happen. Given the ubiquity of those “screaming yellow cornpops,” the only way to avoid this year’s minion plague is by staying indoors and never looking at the Internet. And even then you’re probably screwed, because you’ve already seen this photo of a blonde mannequin in a yellow crop-top and matching minion hat. 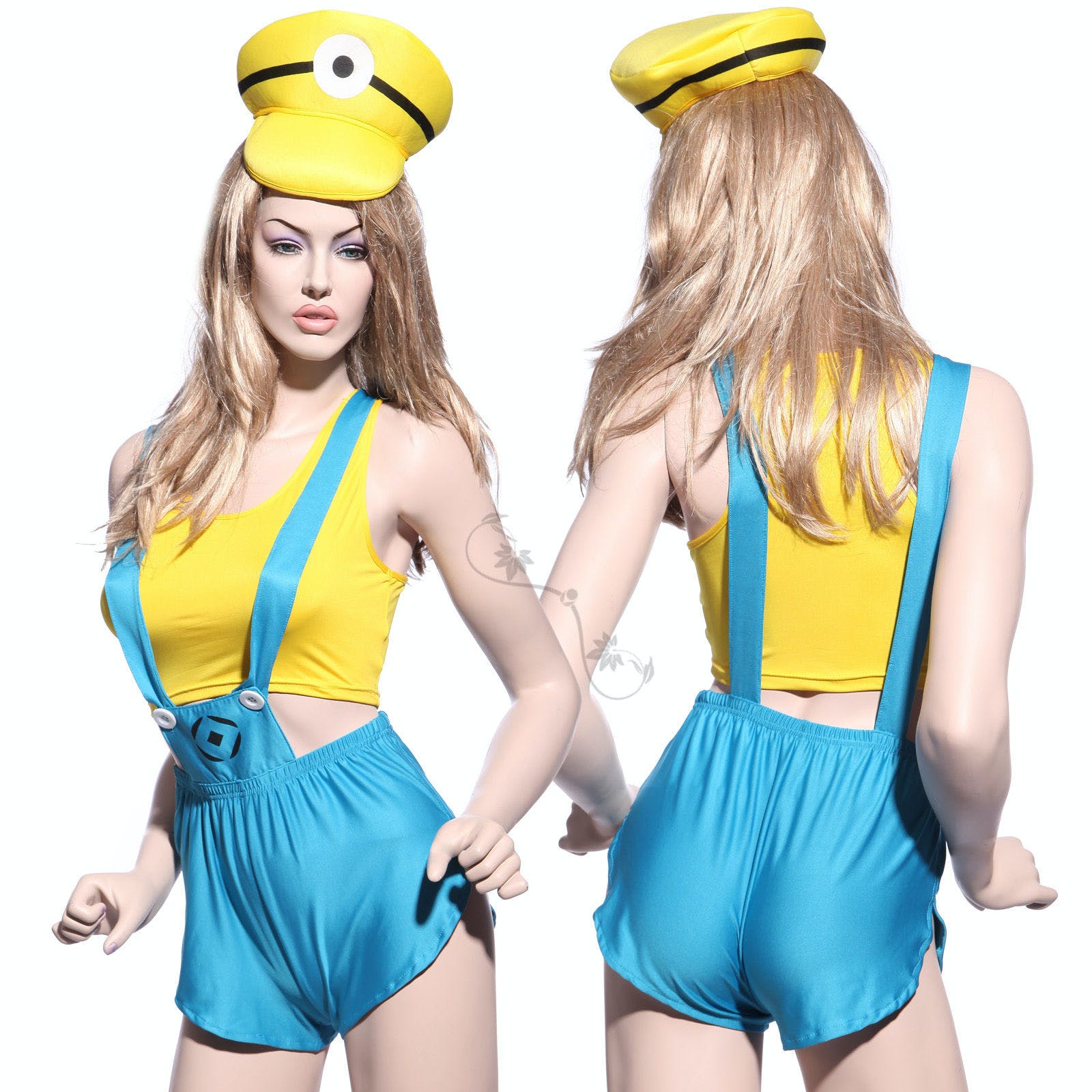 This isn’t an entirely new idea, of course. In 2013 we saw a surge in adult minion costume making, including a tutorial (4.3 million views, but who’s counting?) from YouTube fashion vlogger Bethany Mota. Then there’s this music video that feels vaguely reminiscent of “Blurred Lines“—except with minions instead of Robin Thicke.

Are these costumes actually meant to be hot, or just absurd? Or is their deeper purpose to make you reflect on the hollow cynicism of Hollywood entertainment, where a bunch of incomprehensible marshmallow creatures are now being used to sell every product under the sun? 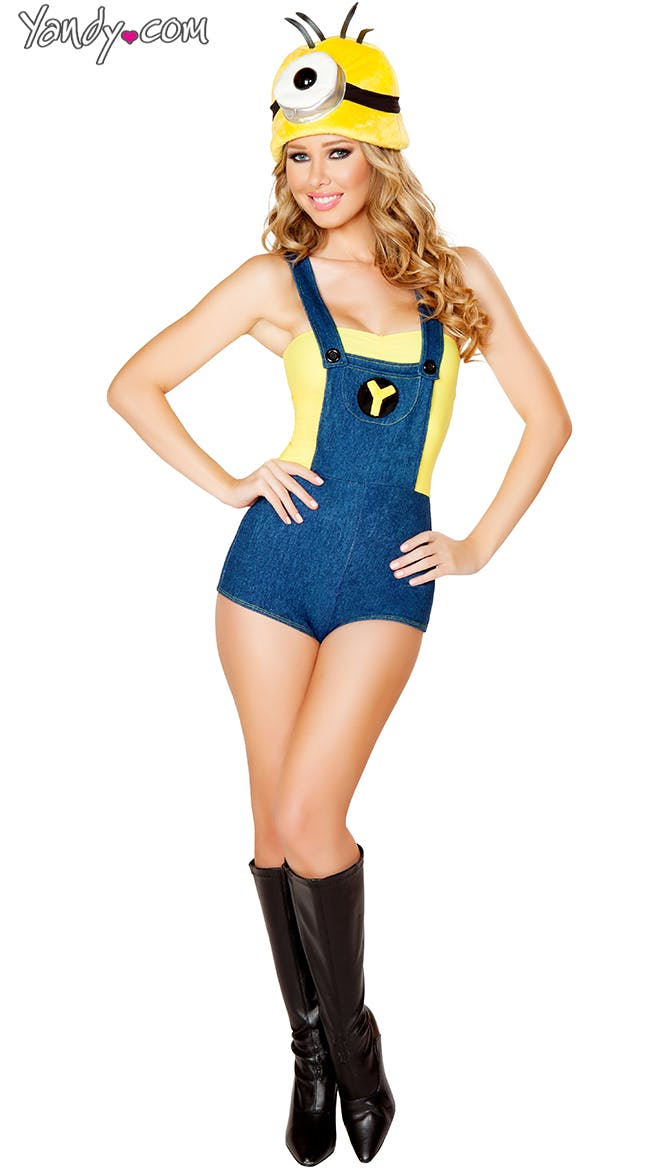 People have been making and buying minion costumes since Despicable Me came out five years ago. Adult, child, dog, goat, you name it, there’s a minion costume for it. But most of them came before the 2015 minion takeover, when those banana-yellow blobs invaded every spare inch of the pop-culture landscape with the tenacity of a cockroach infestation.

This Halloween is going to be a whole lot worse. 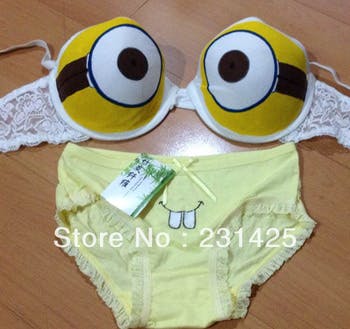 As Brian Feldman explained in the Awl, the power of Despicable Me‘s minions lies in their meaninglessness. If they don’t represent anything in particular, they can be remixed and regurgitated into a limitless number of mediocre Facebook memes, cheap fashion acessories and toys. The sexy minion concept is just an extension of this phenomenon, where people can choose to dress up as a “realistic” minion blob, a humanoid minion in an unflattering yellow jumpsuit and overalls… or just go for minion-themed bikini and heels.

Minions may well be the peak of the pointlessly sexy Halloween costume genre. The whole concept is so aggressively unsexy—a small, featureless yellow cylinder who specializes in unintelligible catchphrases and slapstick—that it rockets to the top of the “worst sexy Halloween costumes” list. You could practically describe it as transgressive, were it not for the fact that minions are the living embodiment of cynical Hollywood marketing memes.

Gird your loins for Halloween 2015, people. There’s a lot of hot minion action in your future.

(By the way, we did look for sexy minion dudes as well ladies, but there were disappointingly few photos online. If you feel like redressing the gender imbalance, we recommend painting yourself yellow and investing in a blue mankini and goggles. A timeless look, for sure.)