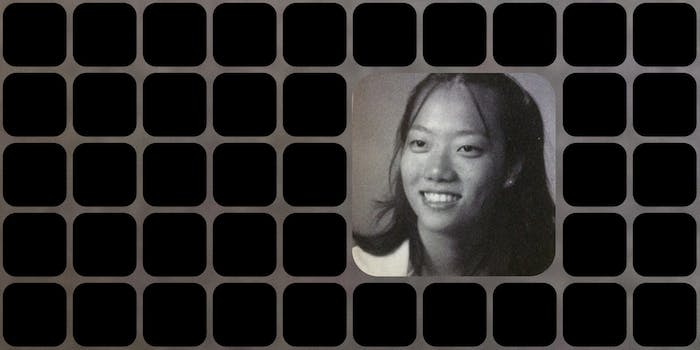 Gone, but not forgotten.

The podcast phenomenon Serial is coming to a close this week, and we may never know if Hae Min Lee, the 18-year-old murder victim at its center, received justice. Regardless of the outcome, Reddit’s Serial fans are doing their best to make sure Lee’s legacy is a positive one.

The Hae Min Lee Memorial Scholarship aims to raise $25,000 from the Serial subreddit’s 28,000 subscribers, all of which will be donated to Baltimore’s Woodlawn High School.

Lee, known affectionately to Serial‘s listeners as Hae, was an honors student at Woodlawn when she was killed in 1999. Serial explores the unexplained nature of the killing, while its fans probe theories about whether her ex-boyfriend Adnan Syed, who was convicted and sentenced to life in prison, actually committed the crime. Serial has proven to be a phenomenal hit for its parent show This American Life, bringing new legal scrutiny to Syed (the Innocence Project is looking into his case) and ushering in a new era that pundits are already calling “the golden age” of podcasting.

Meanwhile, r/serialpodcast remains committed to focusing on the victim, and its users want more to come of Hae’s death than a viral phenomenon and a few “Mailchimp” jokes.

“Listeners and members of the /r/serialpodcast subreddit have created a huge and wonderful community, and want to give back to the community on which the Serial Podcast first season is focused,” redditor and fund administrator Jake White wrote on the community this morning. “With this intention, a few users have [committed] to get the “Hae Min Lee Memorial Scholarship” off the ground.”

White and fellow redditor Pamela Mauerhaun are administering the funding campaign through CharitySmith.org. According to White, the website’s $700 service fee has already been paid by an anonymous Reddit donor. The redditors set up the fund with the assistance of guidance counselors at Woodlawn High, which will administer the award:

The scholarship will be given to Woodlawn High School for them to award to students going on to further education. We have decided to let them decide which students best qualify for the grants and the amount of each award.

The scholarship in Lee’s name sets a high bar for its recipients. Lee, the daughter of Korean-American immigrants, was athletically gifted in addition to being very smart. The Fund website notes:

She was on the honor roll at Woodlawn High School, in addition to being in the French Club, the Ecology Club, and manager of the Wrestling Team. Hae loved sports and played on the Varsity Lacrosse and Field Hockey teams.

Several redditors on the subforum noted concern about whether the Lee family approved the scholarship. White clarified that the scholarship organizers had not been able to get in touch with them, though they had spoken briefly to Lee’s brother following his appearance on the subreddit.

At Syed’s sentencing, Lee’s mother told the court, “When I die, my daughter will die with me. As long as I live, my daughter is buried in my heart.” As Serial listeners know, January 16, 1999—the day Lee disappeared—is still a living memory for many of the lives Lee touched. Through the crowdfunded memorial, redditors hope to keep her spirit alive even longer.

White has promised to make daily Reddit posts updating the fundraiser’s status. Contributions can be made on the scholarship fund’s website through Paypal, by mail, or by phone.