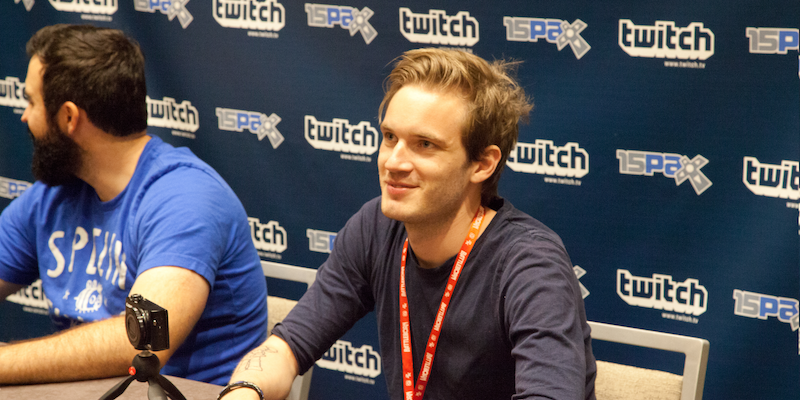 After latest racist incident, an indie game developer is striking back at PewDiePie

After Pewdiepie dropped the N-word during a livestream, this game developer had had enough.

Felix “PewDiePie” Kjellberg just launched himself into another racism scandal, this time for dropping the N-word during a livestream of the game Battlegrounds.

Kjellberg runs the most popular channel on YouTube, with over 57 million subscribers. But despite his success, this year was already marred by self-induced controversy. Disney severed ties with him in February after discovering nine Pewdiepie videos with anti-Semetic jokes, and he doesn’t seem to have learned his lesson. Worse still, he hasn’t really suffered in the eyes of his audience.

Following Kjellberg’s racist comment on Sunday, one game developer is taking matters into his own hands. Sean Vanaman announced he would file a copyright takedown on any PewDiePie videos featuring his studio’s games. This option is always open to video game companies, but it usually isn’t enforced because YouTube play-throughs are a useful marketing tool—and often more effective than traditional reviews.

Campo Santo created the game Firewatch, which Kjellberg complimented in a two hour and 40 minute-long play-through. The video has already vanished from PewDiePie’s channel, although fans are beginning to upload mirror versions on their own accounts.

Continuing on Twitter, Sean Vanaman didn’t mince his words about Kjellberg. “I am sick of this child getting more and more chances to make money off of what we make,” he wrote, before criticizing Kjellberg’s behavior and urging other game developers to speak out against him.

“He’s worse than a closeted racist: he’s a propagator of despicable garbage that does real damage to the culture around this industry. I’d urge other developers & will be reaching out to folks much larger than us to cut him off from the content that has made him a milionaire. Furthermore, we’re complicit: I’m sure we’ve made money off of the 5.7M views that video has and that’s something for us to think about.”

Kjellberg hasn’t responded to any of the criticism from Sunday night, after his racial slur went viral on social media. It will be interesting to see if any other game developers join Vanaman in blocking Kjellberg from covering their games, or if—as usual—Kjellberg’s behavior will be excused as an embarrassing mistake.