If you’ve ever wanted to form your own modern-day Scooby Gang, then this delightful fanart series might be the inspiration you need. It looks like the “100 Years of Beauty” meme has expanded beyond its YouTube origins, judging from Tumblr and Behance artist creativejaw‘s depictions of the gang’s human members as fashion mavens throughout the years.

Her by-the-decades look at Scooby Gang fashion only extends 80 years instead of 100, but that’s still a lot of stylish crime-fighting. 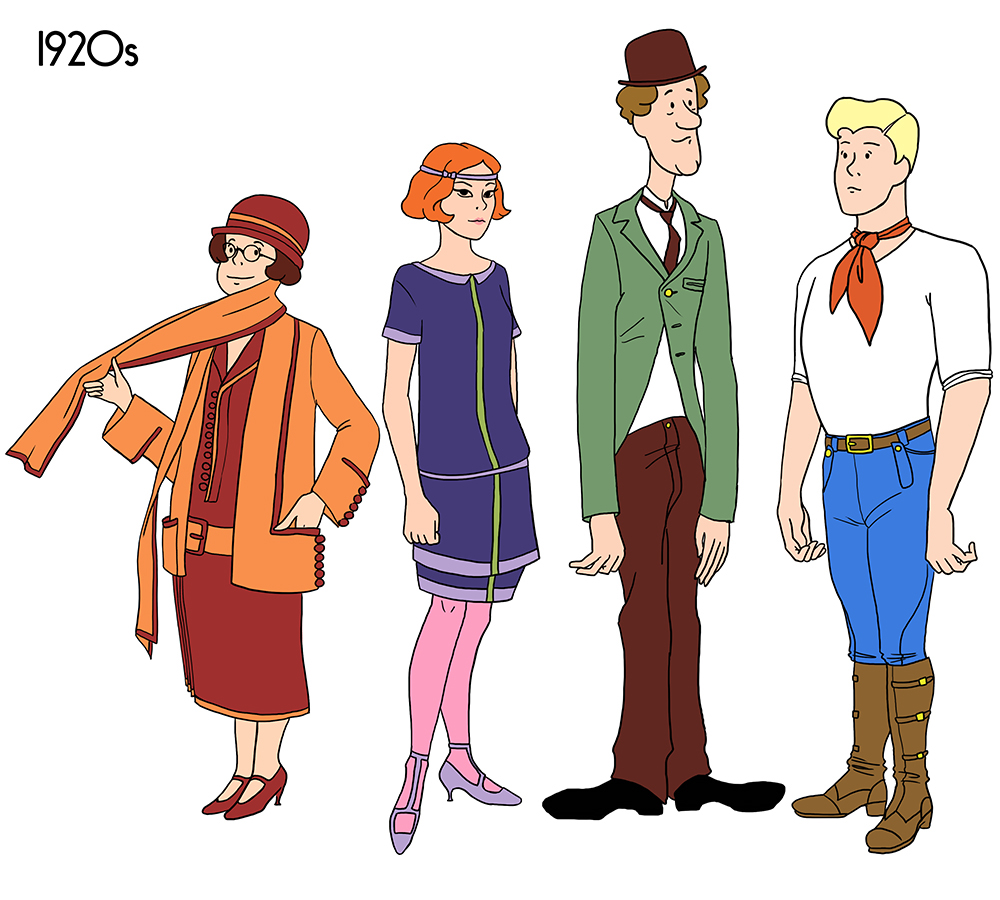 We’re not sure what our favorite part is: ’90s Daphne holding her Buffy stake as a reference to Joss Whedon‘s popularization of the term “scoobies” to describe a group of teen crime-fighters? ’80s Don Johnson clone Fred? The way Velma is clearly a style icon in every single decade?

The best part might be how many details are present in each illustration and how much care is evident here, as noted in the artist’s description of her inspiration for each fashion set. There’s Daphne’s famous Mondrian dress in the ’60s, and there’s Shaggy’s devolution over time from respectable slouch à la Bertie Wooster to lovable stoner à la Brecken Meyer’s character in Clueless. (We’re not sure how Velma missed having a Goth phase.)

What is clear is that, whatever the decade, these guys and girls will be dressed to the nines while they meddle in the dreams of villains everywhere.