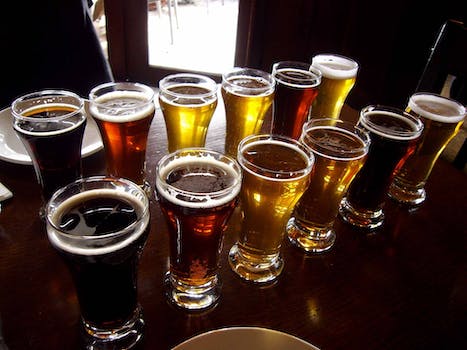 The science of why humans are so awesome at making beer

When you toss a bit of yeast in with your bread or homebrew, you may not consider where those microbes came from. It just needs to do its job in the food preparation process.

But how did humans harness these microbes in the first place? People have been making bread, beer, wine, and other fermented foods for pretty much all of civilization, and yet we only became aware of the microbial world a few centuries ago.

We know that prior to understanding microbiology, people simply took a little of the last batch of beer and put it into the next one—transferring the yeast to a new food source where it could metabolize sugars into carbon dioxide and alcohol. According to a new study in the journal Cell, domestication really took off in the 1500s when people started brewing beer on a commercial scale in monasteries and taverns instead of making beer just for their families at home.

But there’s more to the evolutionary history of the 157 strains of brewer’s yeast the researchers examined in their study. For starters, they found that strains used in British and American beer are among the most specialized, most domesticated of the ones they examined—and for good reason.

According to study author Troels Prahl, head of research and development at California yeast distributer, White Labs: The flavor of modern American and British beer can be traced back to the first isolation of a single strain of the Saccharomyces cerevisiae yeast in the late 1800s by mycologist Emil Christian Hansen.

“It was such a powerful tool to have a single-yeast beer,” Prahl told the Daily Dot. “That made beer cleanliness, crispiness, whatever you want to call it, a distinct and relatively simple aroma profile.”

That simplicity is part of what sets the flavor profile of a lager apart from, say, a pineapple-y Chardonnay. Those flavors come from compounds called phenols that yeasts produce along with carbon dioxide and alcohol. But if you picked up a Budweiser and detected a strong note of pineapple, you’d think something is off.

That’s because Brits and Americans brewers obsessively bred Saccharomyces strains that are very, very efficient at making alcohol out of sugar—and not much else.

But things are different when you look at yeasts isolated from Belgium. These yeasts are the same species, and yet wildly different. Where American and British yeasts suppress a particular gene that leads yeast to produce smoky, clove flavors, Belgian yeast—specifically the one used in Hefeweizen—make that compound anyway.

“The Belgian strains are more closely related to the wine yeasts in this study” than the American and British strains, Prahl said. “And Belgium and Belgian Trappist beer culture has been living its own parallel life to this, where cleaning up was not necessarily the goal but more of an acceptance of a more wild or mixed fermentation giving more aromas to the beer.”

That’s why Belgian beers are often a bit fruitier, funkier, and sometimes a little tart. Instead of using just one, highly specialized strain of yeast, Belgian beers embrace a little chaos. The Belgian tradition isn’t so concerned with sanitation and cleanliness, but instead allows Saccharomyces and sometimes another “wild” strain of yeast, Brettanomyces, to mix into the beer.

But there’s already a meeting of the minds between American and Belgian styles. Now that American brewers have mastered sanitation and single-yeast beers, they’re getting more experimental and creative, Prahl said.

And the current study may help with that by providing labs with a road map to genetically modify yeasts to do almost anything—though Prahl said that was not the intent nor the impetus for the study.

“We’re trying to become a librarian that’s read all the books and learn more about yeasts that [White Labs distributes] to breweries all around the world.” Prahl said. “But we’re not disregarding possibilities of the future.”