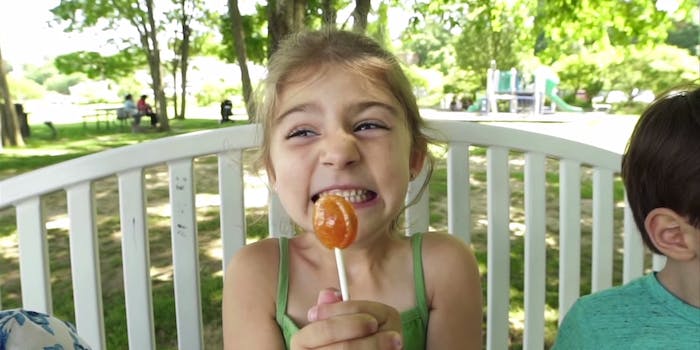 Science Friday, the longrunning NPR science show, wants to know the answer the age old question: How many licks does it take to reach the Tootsie Roll center of a Tootsie Pop?

Well it’s definitely not three, unless you like broken teeth.

The show’s hosts ventured to New York University’s Applied Mathematics Lab where researchers use laboratory-made candy to study how moving fluids erode lake beds and dissolve pills. Using mathematical models derived from their work, the researchers arrived at roughly 1,000 licks to get to the center of a tootsie pop.

But that metric doesn’t account for the tongue’s rough texture or of the properties of saliva—which is a pretty important detail to overlook.

Saliva is full of enzymes that begin to break down food before it ever reaches the stomach. That process also solubilize solid foods so we can taste them. The temperature, enzymes, and microbes that make up saliva would likely have an effect on the lollipop that would be greater than just water alone.

Some people have already commented on the video saying that they have tested the hypothesis at some point in their lives and came to somewhere between 350 and 500 licks. Science Friday is challenging listeners to take on the scientific experiment themselves and count the number of licks to the center of their tootsie pop and report back.