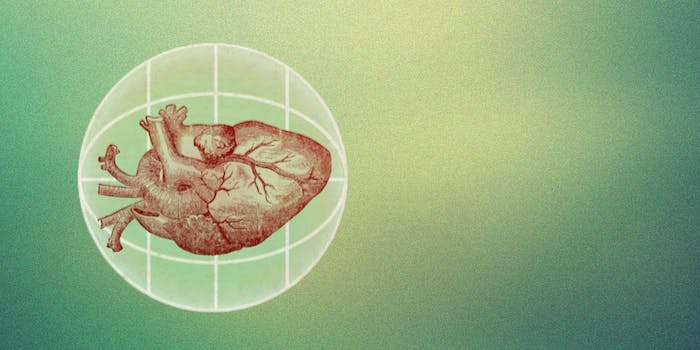 If you like Welcome to Night Vale, definitely check this out.

According to the Scarfolk Council blog, Scarfolk is a town in northwest England that is permanently stuck in the 1970s, reliving the decade over and over again. Like archaeologists investigating a long-dead culture, we are invited to inspect Scarfolk through the lense of various grotesque vintage posters, newsletters, and magazine covers. 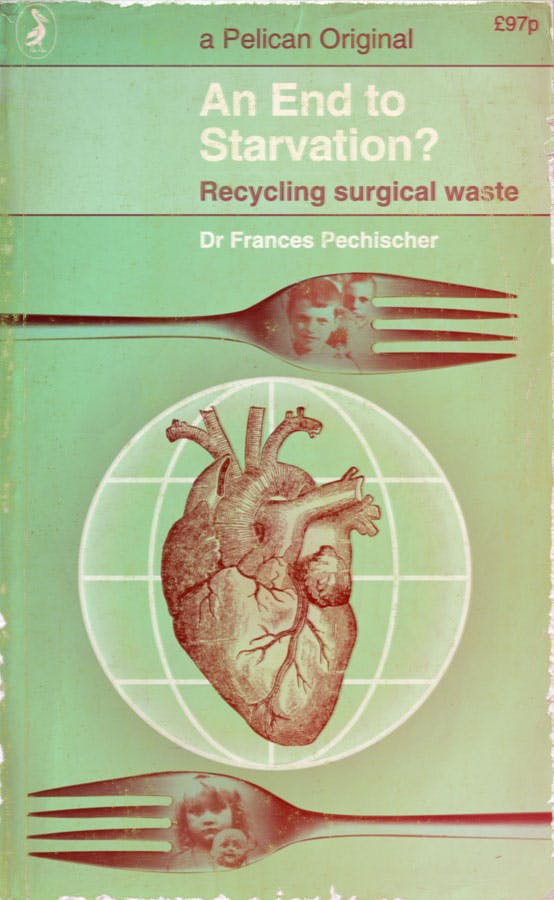 “Here in Scarfolk, pagan rituals blend seamlessly with science,” the blog helpfully explains. “Hauntology is a compulsory subject at school, and everyone must be in bed by 8pm because they are perpetually running a slight fever.”

If this tone sounds a little familiar, then it’s probably because you’re a fan of the uber-popular podcast Welcome To Night Vale.

It’s very tempting to make comparisons between Scarfolk and WTNV. Both are set in surreal, horror-tinged towns apparently isolated from normal human society. Both are affectionate parodies of small-town life, with occasional hints of genuinely biting political satire. Both gained a cult following online. But the two fictional towns aren’t really in competition, they just happened to emerge at the same time. 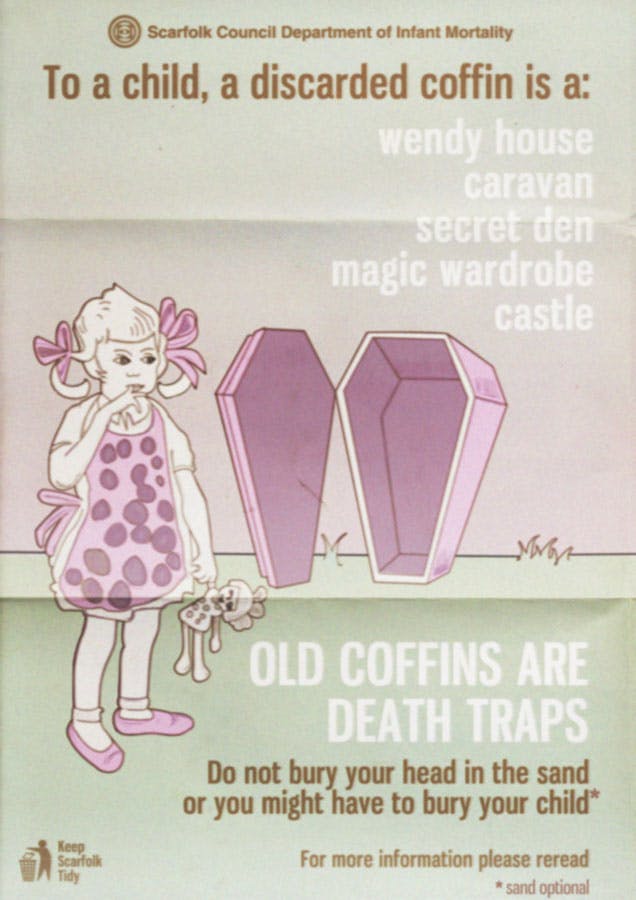 There is something very British about Scarfolk, while Night Vale is located somewhere in a desert in the USA (a popular guess is Arizona). Night Vale is a podcast that purposefully avoids any kind of detailed visual descriptions of its lead characters, while Scarfolk’s strength is its photoshopped PSA posters and vintage magazine covers. The neo-Weird Fiction tone is similar, but there’s no real danger of Night Vale and Scarfolk overlapping. 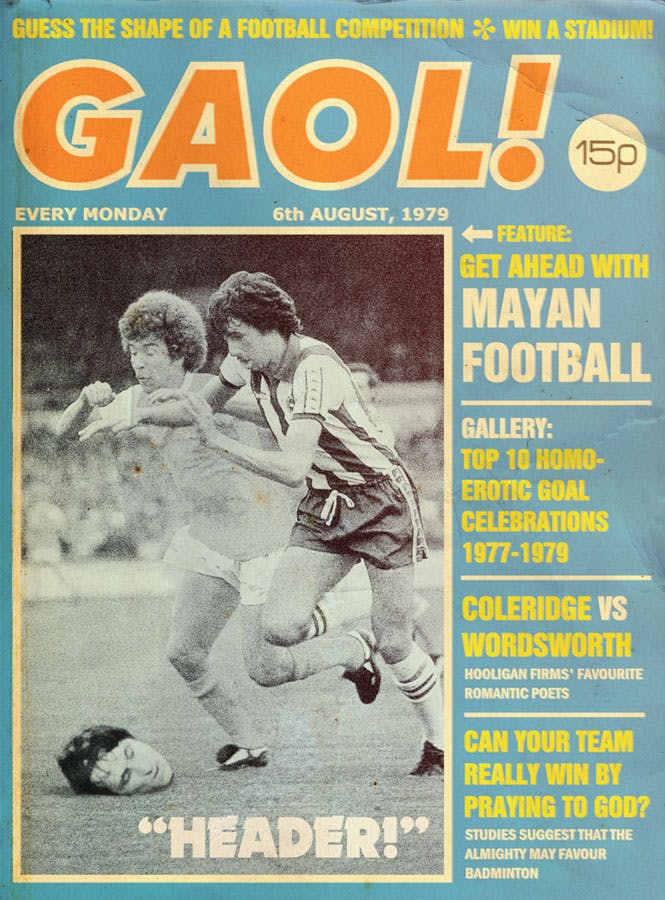 Life in Scarfolk is fraught with danger and strange rules. Take this public service campaign from 1973, urging citizens: “DON’T.” 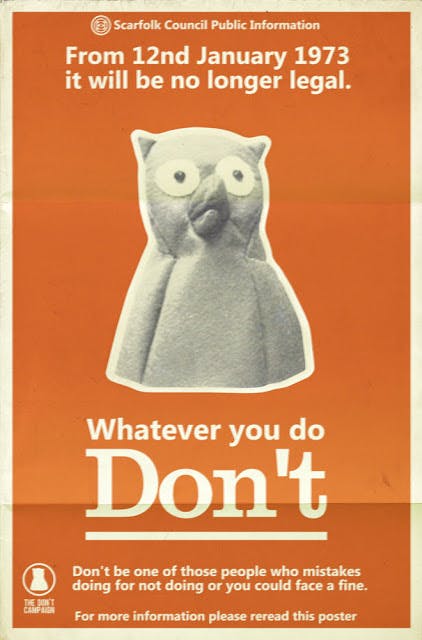 This campaign was to discourage people from… “doing.” Doing was perceived as “a morally and politically ambiguous activity,” which Scarfolk Council aimed to avoid with the help of a mascot named Kak. “To disseminate the ‘Don’t’ message among the youth, all school corporal punishment, daily vaccinations, and dentistry had to be carried out by an adult dressed as Kak.” Thanks, Kak.

Scarfolk creator Richard Littler was inspired partly by his childhood in the 1970s, citing influences like the 1977 public education film The Finishing Line, which shows a group of small children being killed while playing on the train tracks. The 20-minute film was shown to school children and finishes with several bloodied corpses being picked up by parents and emergency services.

From this inspiration we get things like the “we watch you while you sleep” PSA about “dream crime,” which, while obviously absurd, somehow feels very authentic.  The magic of Scarfolk is that its vintage aesthetic is completely familiar if eerily off kilter. Like all good horror (and all good comedy), it is almost—but not exactly—true to life.

All images via Scarfolk, by Richard Littler