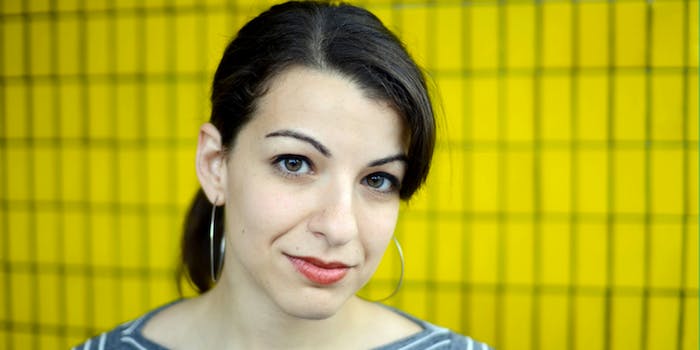 Could you take the heat for a week?

If you’re on the Internet, then you’re probably aware of the constant stream of harassment that plagues women, particularly feminists, on Twitter.

Now one woman is sharing “a week’s worth of hateful messages” received on the platform in order to drive home just how toxic Twitter, and the gaming community in particular, is for women in their midst.

Now that she’s almost finished with Tropes Vs. Women in Video Games, her series of YouTube videos analyzing misogyny in gaming, pop culture critic Anita Sarkeesian is moving on to discuss other feminist topics in gaming culture.

But as she does, she’ll have to contend with the endless harassment, death threats, and rape threats that have dogged her heels since she Kickstarted the project in 2012 and launched herself into national conversation.

Earlier this week, Sarkeesian announced plans to expand her website, Feminist Frequency, along with a new series of videos that will continue her critique of gaming culture. Sarkeesian hopes to do a series exploring positive female characters in games, as well as a series looking at the way men and masculinity are portrayed in games.

Sarkeesian was in the media extensively last year, most notably for the harassment she received as a major target of Gamergate. And while her work is continuing, so is the harassment. Yesterday on her Tumblr, she posted a sickening selection of the kinds of hate she’s sent on a regular basis, just for being a woman whose job involves critiquing video games.

The tweets she shared are NSFW, graphic, and extremely disturbing. Here are seven samples, one from each of the seven days Sarkeesian covered in her post. 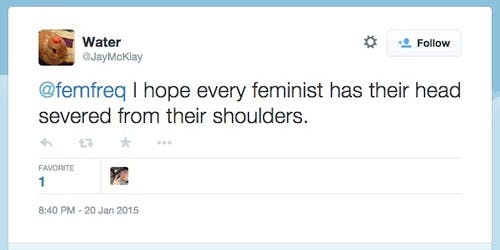 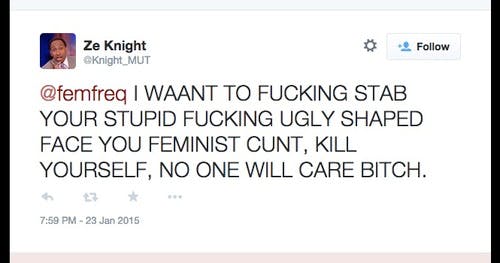 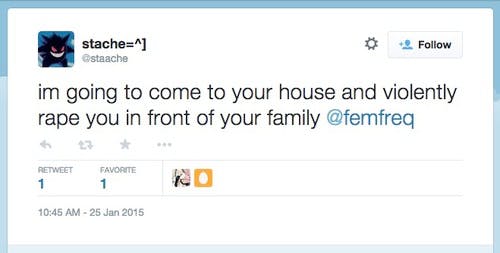 The list of tweets is much longer than the ones included here—and that’s just a single week. Sarkeesian has been dealing with these types of tweets since the summer of 2012, when she announced plans to critique the gaming industry. But Gamergate really opened the floodgates on misogynistic harassment from the community. The sexism inherent in the tweets is one of the prominently consistent things about the threats, along with threads of racism, and a disturbingly high number of people who seem to be openly fantasizing about doing violence to Sarkeesian, including personally coming to her house.

All of this is strong evidence that Gamergate still is not about “ethics in journalism.” But it’s an even stronger case for creating new structures that protect women on the Internet from creeps like these. After all, while Twitter has been promising increased safeguards to protect against harassment, the platform has yet to deliver.

In the meantime, it’s already a new week for Sarkeesian.