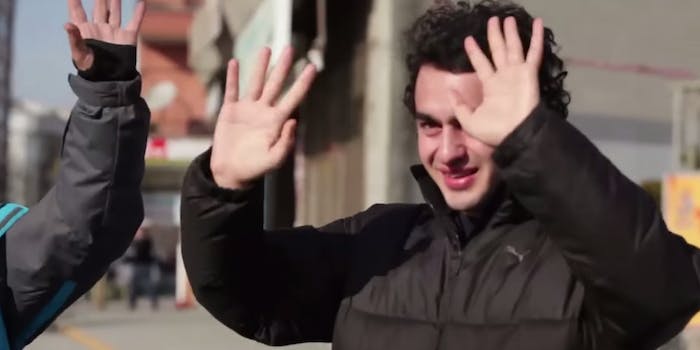 He never expected this.

Samsung Turkey’s new video call center is incredibly important for people with hearing impairment, and this heartwarming video shows us why.

As a young man with hearing difficulties, Muharrem rarely meets anyone who speaks sign language. But for this ad, Samsung taught a group of strangers how to sign, so that for one day, Muharrem would be surrounded by people he could “hear” properly. At first, Muharrem is puzzled, but eventually he is moved to tears by other people’s efforts to make his life easier.

This ad may be a little on the emotionally manipulative side, but it demonstrates one of the lesser-known benefits of video calls. Most people think of video calling as a fun extra, but it’s incredibly helpful for those who have hearing difficulties and can’t make regular calls. By launching this video call center in Turkey, Samsung is making things a lot easier for its hearing impaired customers.