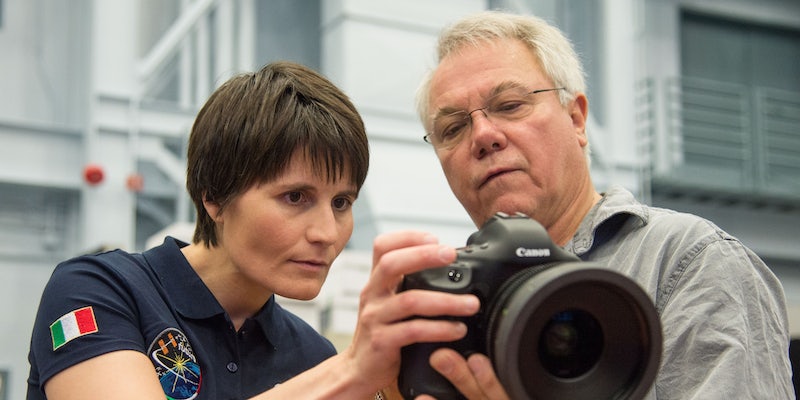 There’s a special place in NASA’s heart for Star Trek, with the show having influenced some of today’s top astronauts. But sometimes the two worlds can collide, and that’s evident from the latest selfie of astronaut Samantha Cristoforetti from space.

She took a style page out of Star Trek: Voyager character Captain Janeway’s book on Friday as she posed in front of the SpaceX Dragon, which is designed to bring supplies to the crew on the International Space Station.

"There's coffee in that nebula"… ehm, I mean… in that #Dragon. pic.twitter.com/9MYrqIOXnI

Cristoforetti’s comments about coffee in particular are in reference to the latest delivery on the Dragon. It brought the ISS its very own Italian espresso machine, a.k.a. the ISSpresso, which will allow crew members to make espresso, tea, coffee, and other hot drinks.

She’s part of the ISS crew performing experiments in space that cannot be done on Earth, but with an espresso machine she’ll at least be able to relax between those experiments—and even cosplay some more, too.