Takayas Custom Jewelry made this couple the ultimate geeky rings.

Takayas Custom Jewelry has once again created geeky masterpieces for a lucky couple who were not only channeling the power of the Force, but of the planet Saturn too.

A man named Justin from Singapore reached out to the company to create an engagement ring inspired by Sailor Moon‘s Sailor Saturn for his fiancée Joni, according to a blog post on Takayas’s website. Since Sailor Saturn was Joni’s childhood hero, Justin wanted the ring to look like the character’s tiara—right down to the center stone. The result is a beautiful 14-karat yellow gold ring that has a moonstone to match the color of the gem in Sailor Saturn’s tiara. 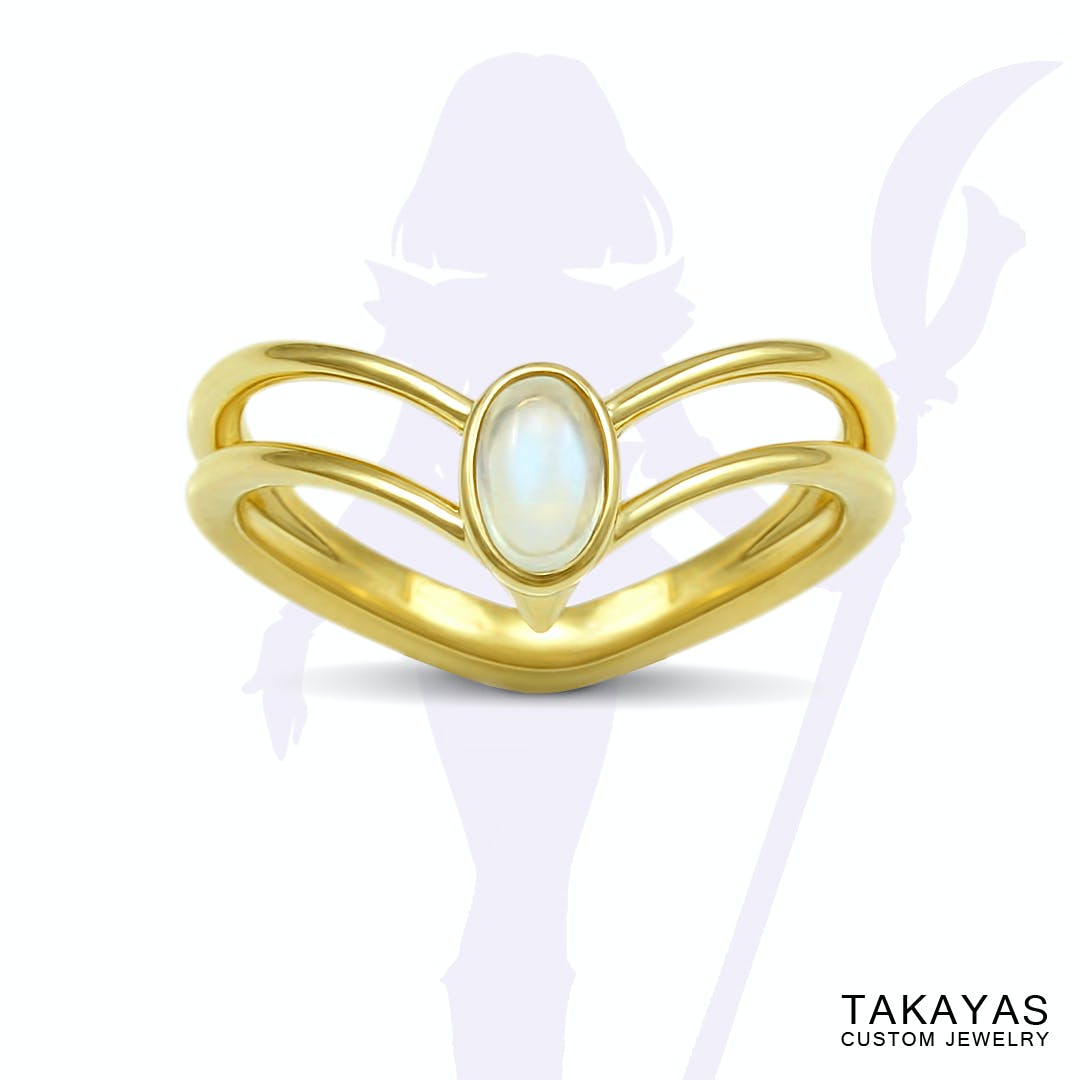 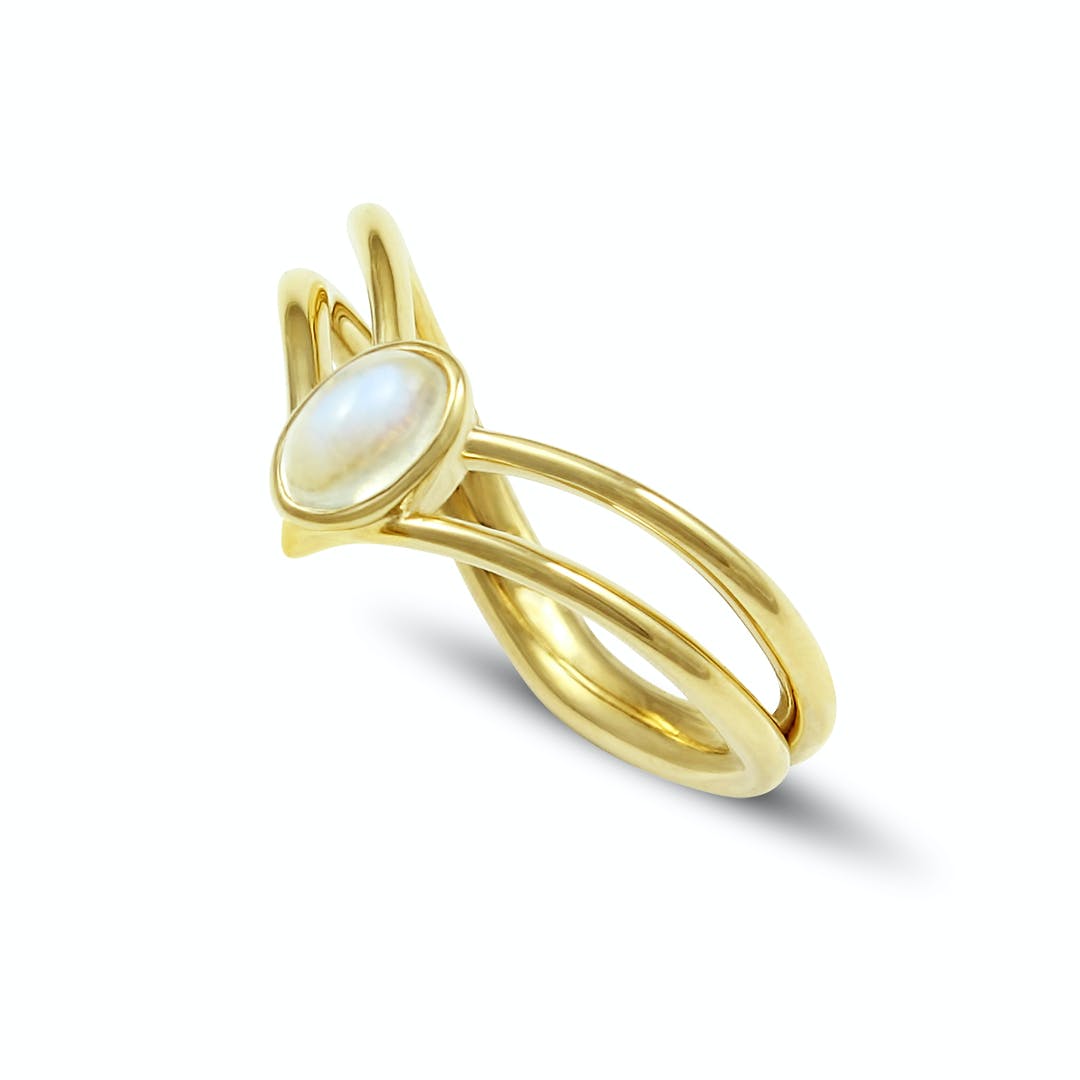 The couple’s geekiness didn’t stop there either. They also asked Takayas to create custom wedding bands for them from the company’s Star Wars collection. Their choice? Dark side lightsaber rings.

The rings are a spectacular new addition to the numerous geeky creations Takayas has already impressed us with. You can see more of the company’s work on the blog. 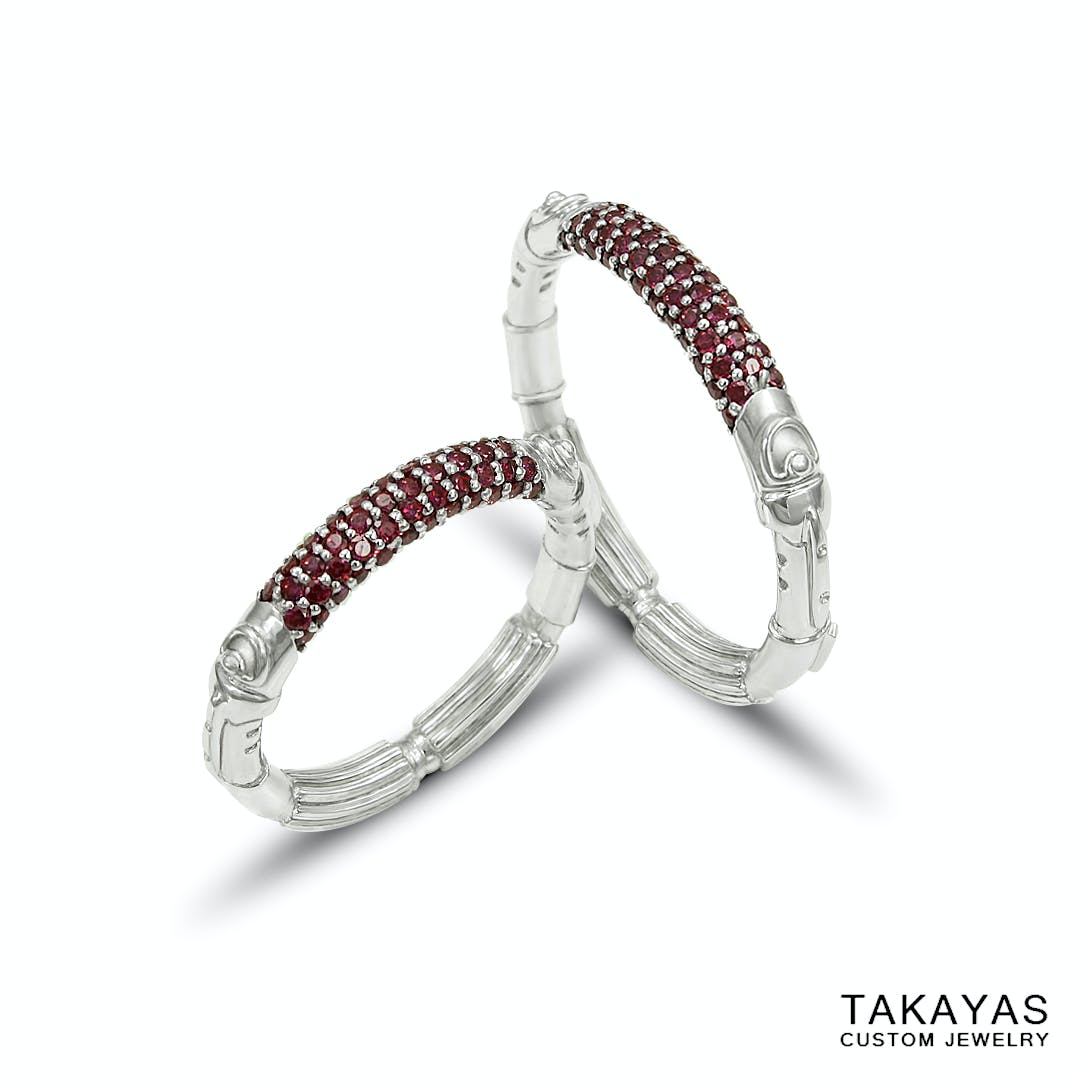