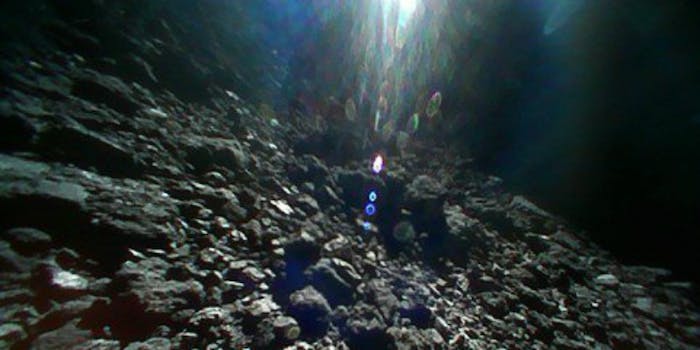 We now have our first major look at the surface of the Ryugu asteroid courtesy of rovers exploring it from the Japan Aerospace Exploration Agency (JAXA), and the photos are stunning.

Nearly a week ago, the Japan Aerospace Exploration Agency (JAXA) sent out two MINERVA-II1 robot rovers to the surface of Ryugu from Hayabasa2, a space probe that’s orbiting the asteroid. The rovers, which are referred to as Rover-1A and Rover-1B, have been photographing and exploring Ryugu; it took the Hayabasa2 three-and-a-half years to reach Ryugu.

Although JAXA was unable to contact the rovers for a short time after they were sent to the surface, they’ve been sending photos back to JAXA.

Our MINERVA-II1 rovers have sent back more images from the surface of Ryugu! Let’s take a look at these images in detail.

One of the rovers also captured a video of Ryugu in motion.

Next month, the Hayabasa2 will fire a small copper missile onto Ryugu so that the rovers can collect more data and materials from the surface of the planet. Several more probes are scheduled to be sent onto Ryugu’s surface in the coming months to gather even more information from the asteroid with plans to return to Earth at the end of 2019.