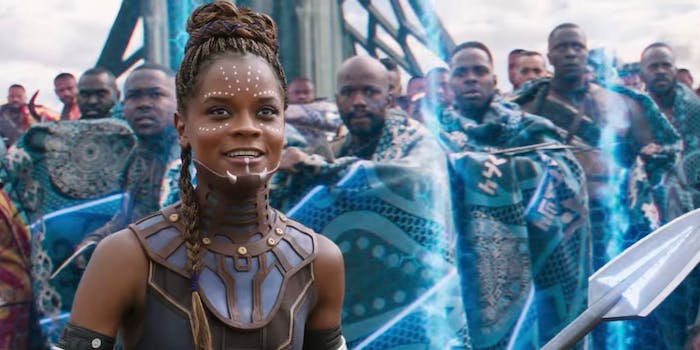 ‘I'm struggling to find the words to express my gratitude at this moment, but I will try.’

Black Panther director Ryan Coogler on Tuesday penned a touching note to fans after the film smashed records in its opening weekend.

The film made $242.1 million domestically in its first four days, making it the second-highest four-day opening of all time; only Star Wars: The Force Awakens has earned more in that timeframe. While initial forecasts placed Black Panther at the top of the box office, the reality surpassed every prediction made as those forecasts updated throughout the weekend. It debuted to near-universal critical acclaim, and as it opened it became evident that Black Panther wasn’t just another Marvel movie. It was a cultural moment, one that many Black fans celebrated as they turned up to see the movie together.

And Coogler was stunned by all of it.

“Never in a million years did we imagine that you would all come out this strong,” he wrote in a letter shared on Twitter. “It still humbles me to think that people care enough to spend their money and time watching our film—but to see people of all backgrounds wearing clothing that celebrates their heritage, taking pictures next to our posters with their friends and family, and sometimes dancing in the lobby of theaters—often moved me and my wife to tears.”

Coogler thanked everyone who made Black Panther’s historic success possible: the fans who responded with enthusiasm and got others to see it through word of mouth, the critics who praised it, and the children who got the chance to see it. Although everyone involved with Black Panther had hoped that audiences would watch a movie “made up of a cast of people of African descent,” it was another thing to see every expectation and prediction crushed.

“Thank you for giving our team of filmmakers the greatest gift: The opportunity to share this film, that we poured our hearts and souls into, with you,” Coogler wrote as he signed off with the rallying cry from Black Panther, #WakandaForever.