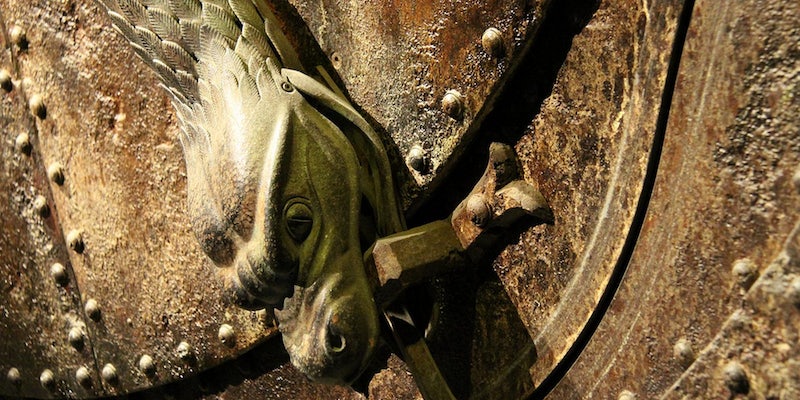 J.K. Rowling’s Harry Potter film spin-off Fantastic Beasts and Where to Find Them will be a trilogy, according to a Warner Bros. executive interviewed by the New York Times.

That means three times the excitement for elated fans.

The film series is based on a Hogwarts textbook of the same name Rowling wrote in 2001 between Harry Potter and the Goblet of Fire and Harry Potter and the Order of the Phoenix. Warner Bros. CEO Kevin Tsujihara met with Rowling last year to convince her to adapt Fantastic Beasts into a movie, which will focus on the adventures of Newt Scamander, a “magizoologist.”

“When I say he made Fantastic Beasts happen, it isn’t P.R.-speak but the literal truth,” Rowling told the New York Times. “We had one dinner, a follow-up telephone call, and then I got out the rough draft that I’d thought was going to be an interesting bit of memorabilia for my kids and started rewriting!”

Not much has been revealed about the films since the announcement in September, which was met with enthusiasm by the Harry Potter fandom. The new revelation that the films will be a trilogy means they can expect even more new cannon expanding their beloved Harry Potter universe.

The stories for the spin-off will be set in 1920s New York, about seven decades before Harry Potter’s story begins. While the tale exists as a separate story, not a prequel to Harry Potter, there are elements loosely tying the two together.

“Having lived for so long in my fictional universe, I feel very protective of it and I already knew a lot about Newt,” Rowling wrote when she made the announcement on her Facebook page. “As hard-core Harry Potter fans will know, I liked him so much that I even married his grandson, Rolf, to one of my favourite characters from the Harry Potter series, Luna Lovegood.”

There’s no word yet on when fans can expect the first of the three Magical Beasts films to hit theaters.