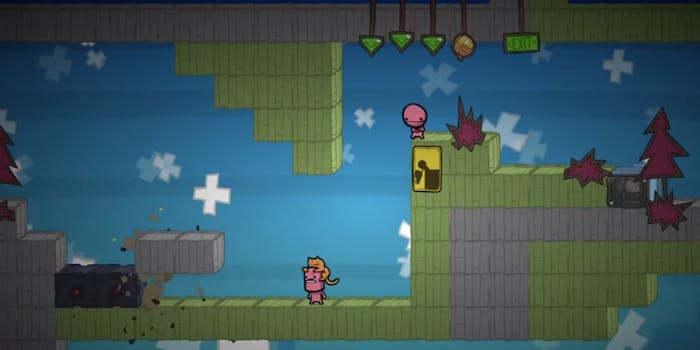 Game Kids does what it says on the box.

In attempt to offer more “family-friendly” content, Rooster Teeth launched the Game Kids channel, which consists more or less of what you’d expect—kids (sometimes with their parents) narrating video games in the “Let’s Play” fashion.

Game Kids launched with six videos already on deck, with a seventh coming out at the time of channel’s official debut (that one being “Sim Sisters – Creating a Sims Family”). Of the six starting episodes, five already appeared across the network’s Let’s Play or Bro Gaming Channels.

Regular content on Game Kids will include videos from Sims Sisters (on Mondays), Kids Play (on Wednesdays), and Bro Gaming (on Fridays). All programs feature families gaming together, with a big focus on the “family … together” part.

Watch the channel trailer below to get a better sense of the content:

Rooster Teeth isn’t the first digital network to increase their focus on kids’ entertainment. Maker Studios recently signed several toy review YouTube channels and boasts other family-oriented programming like Meet Me at the Reck, while companies like Mondo Media, Kin Community, and even Netflix and Amazon are adding to their kids-focused programming slates, as well.