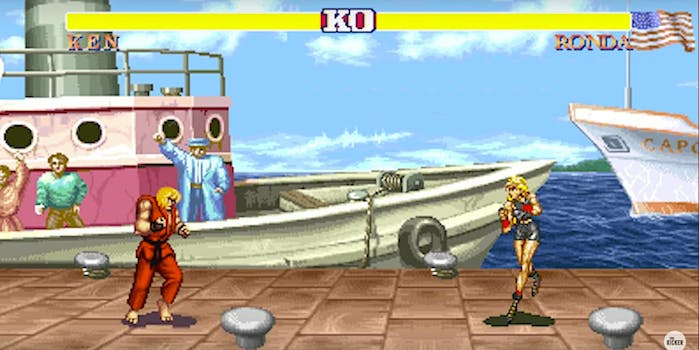 Who hasn’t wanted to see their favorite real-life fighter shrunk into pixelated form, battling it out Street Fighter-style? That’s just what this parody in praise of viral MMA champ Ronda Rousey has done.

The 16-bit Rousey, created by sports and comedy YouTube channel the Kicker, mouths off and beats down just as much as the real Rousey—only she does it in miniature with the familiar Street Fighter II fight music as a background track. These fighters lose, but we all win.