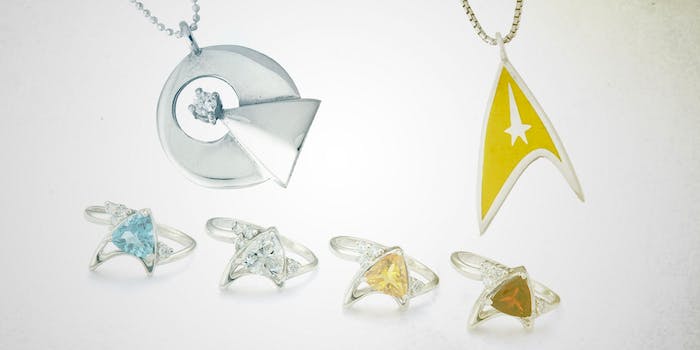 What better way to celebrate 50 years? 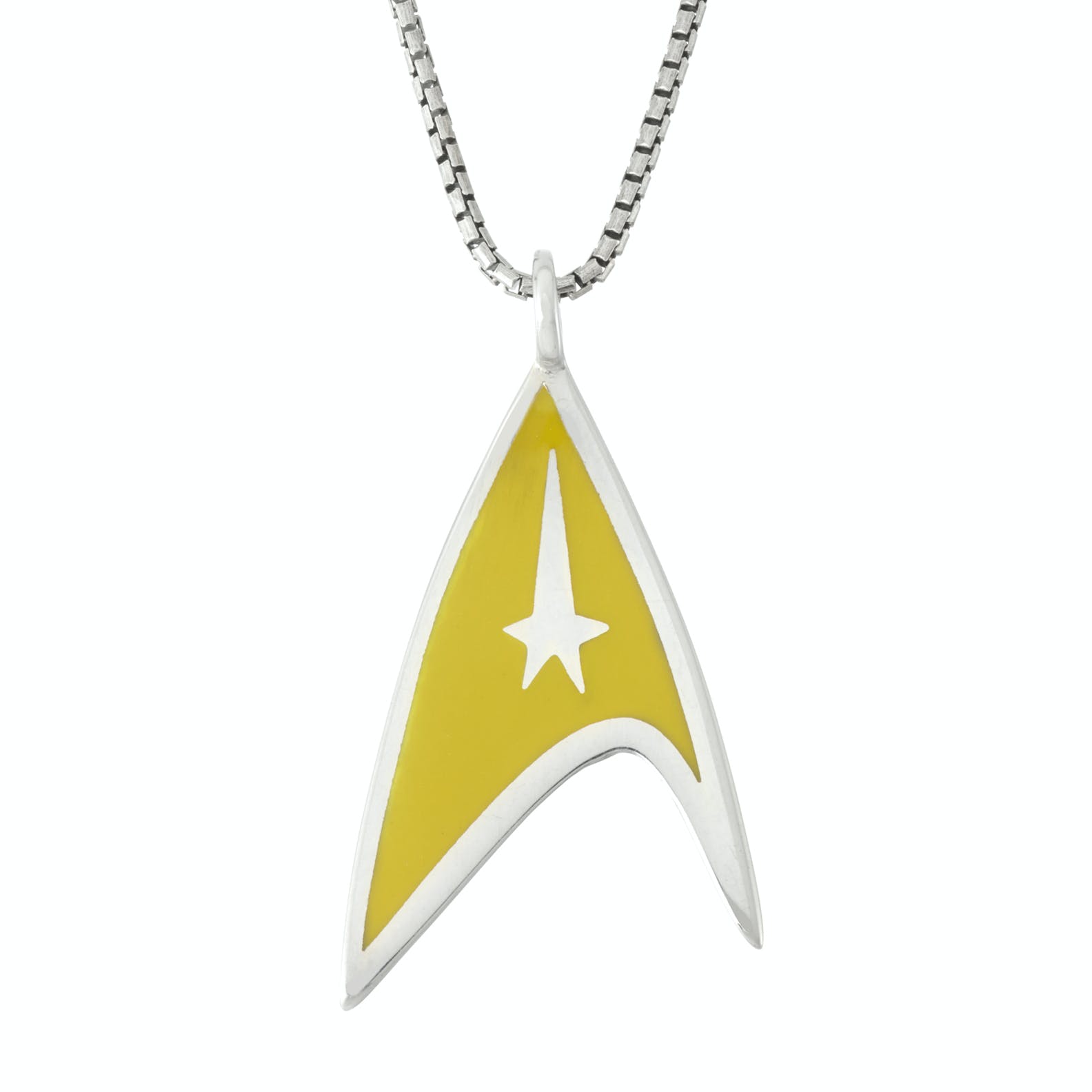 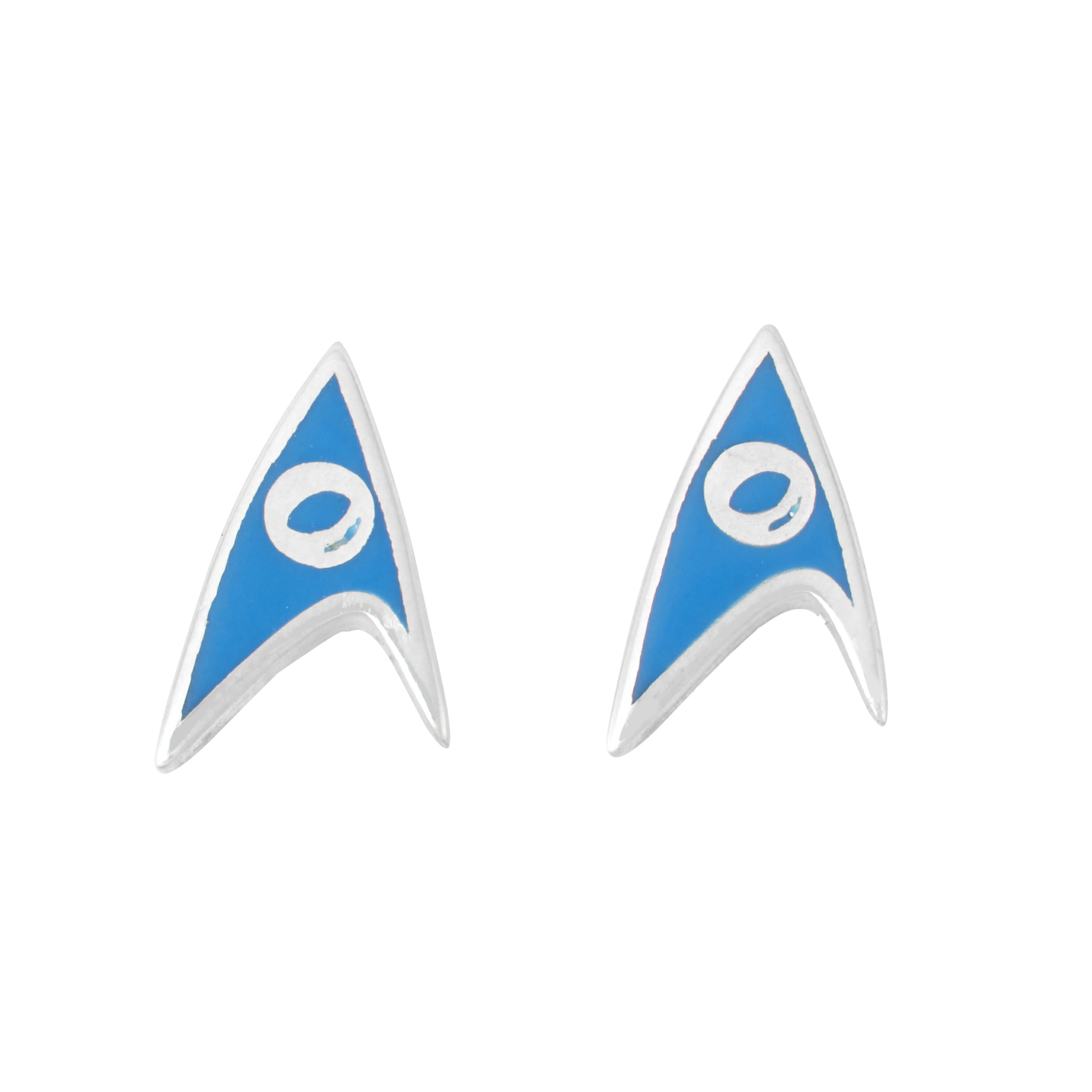 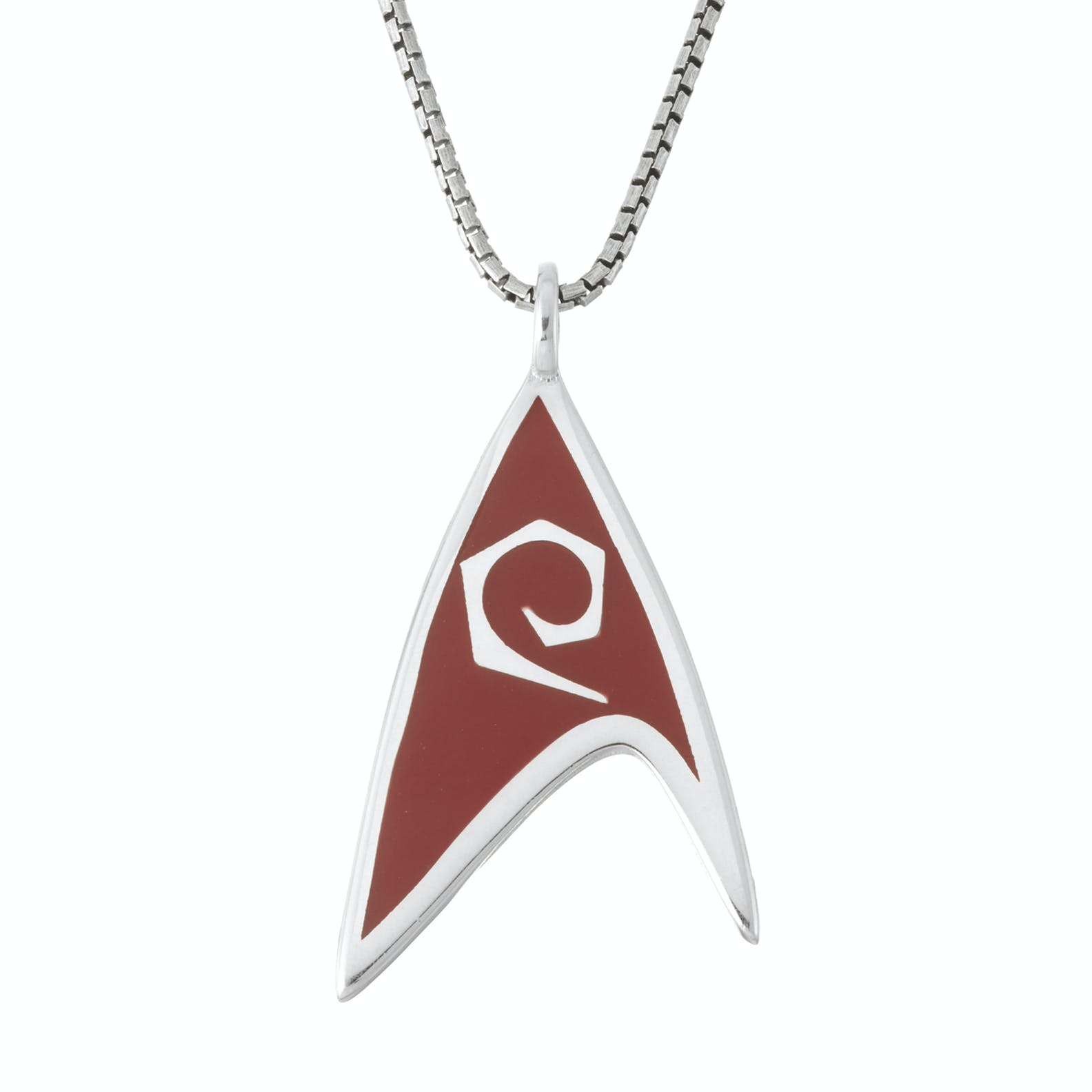 There are also two pieces commemorating the iconic phrase “infinite diversity in infinite combinations” or IDIC. One is a sterling silver with white cubic zirconia gemstone necklace reminiscent of what Spock wore in The Original Series. The other is a sterling silver diamond-cut bead chain necklace showing the Vulcan script for Kol-ut-shan, the phrase for IDIC in the Vulcan language.

According to RockLove designer Allison Cimino, the anniversary collection has been in the works since the first line she created with CBS for Star Trek. They planned on creating a more premium line for this franchise milestone that would offer an iconic selection to celebrate the series. Since they already created pieces featuring things like quotes and phasers, with this line they wanted to bring “it back to the classic shape that we’ve recognized for 50 years.” They also wanted to create something for every fan. 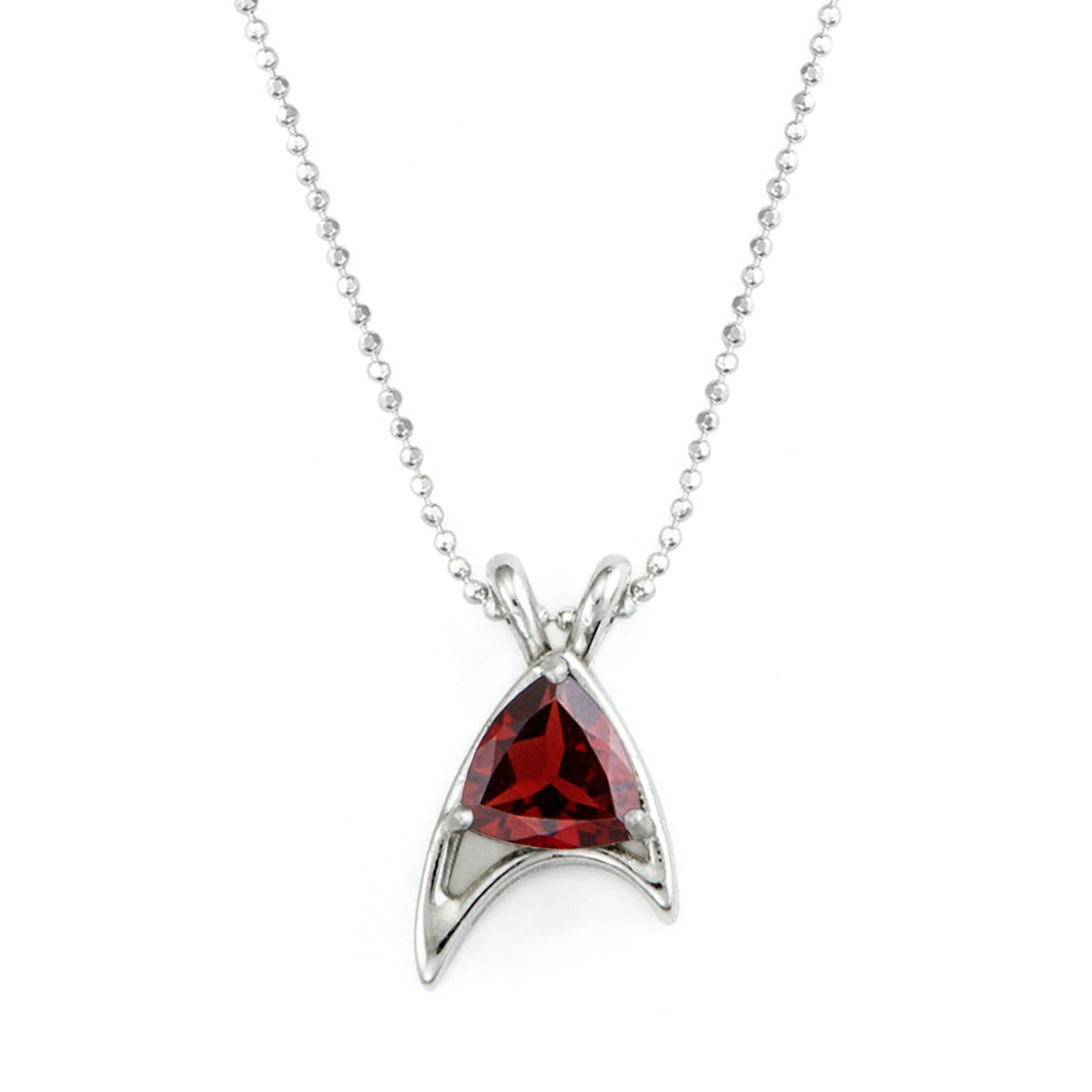 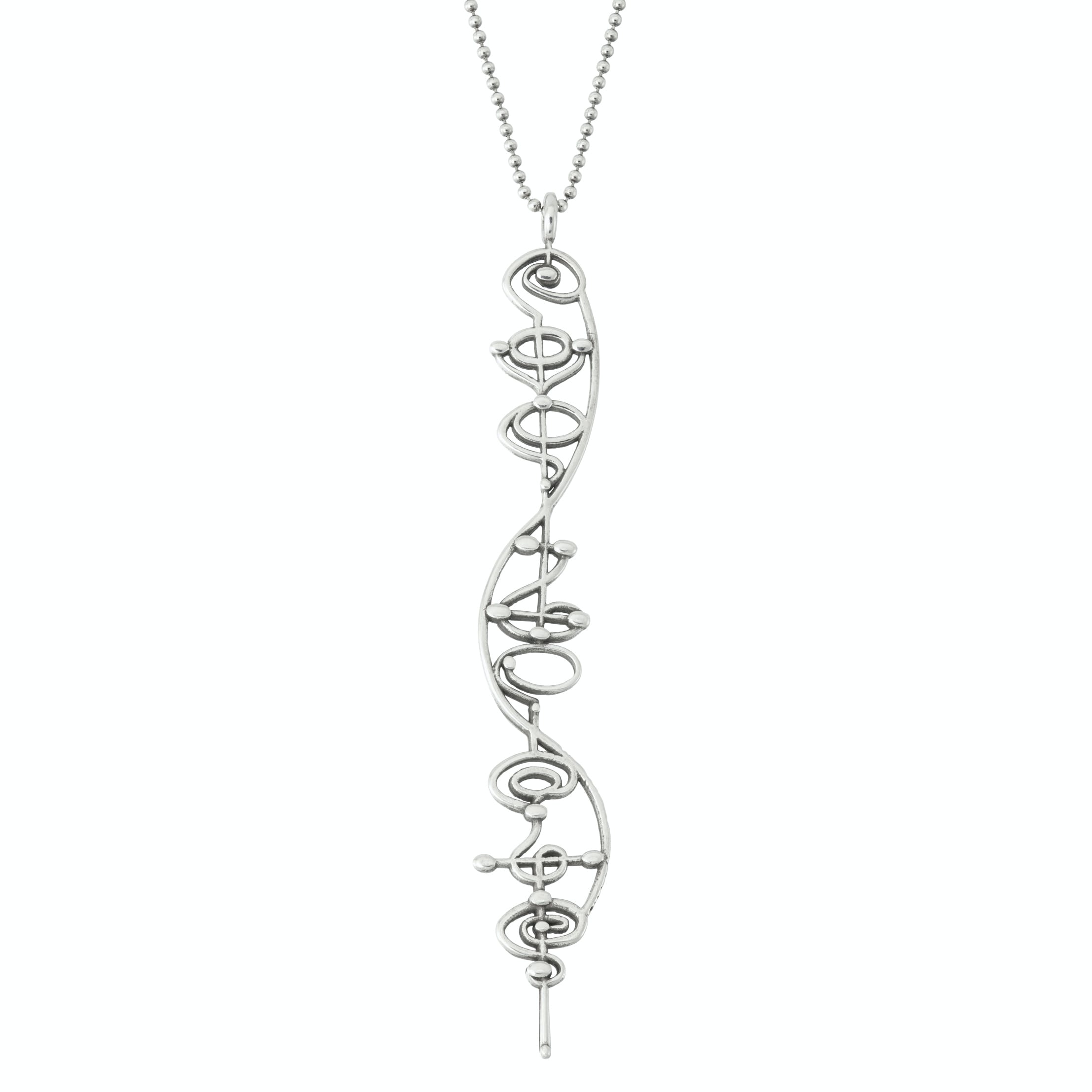 “[We were] trying to make something somebody who has been a Trek fan for the last 50 years could wear and it would be reflective of their own age and their own professionalism and their lifestyle, so really trying to stay true to fans of all ages since we have such a diverse age range,” Cimino told the Daily Dot. “Not a lot of properties have such a diverse age range, and to make pieces that can be enjoyed by somebody that’s 65 or 26 is a little bit of a challenge.”

The pieces certainly look like they will appeal to a wide-range of fans. The company will also debut a new Enterprise ring at its booth at the Star Trek: Mission New York convention starting Sept. 2. It will be sterling, ruby, and sapphire with a magnetic saucer that detaches using a custom magnetic mechanism RockLove created. They will have other items from the line at the convention as well, including a limited amount of 14-karat yellow gold Kol-ut-shan Vulcan script necklaces. 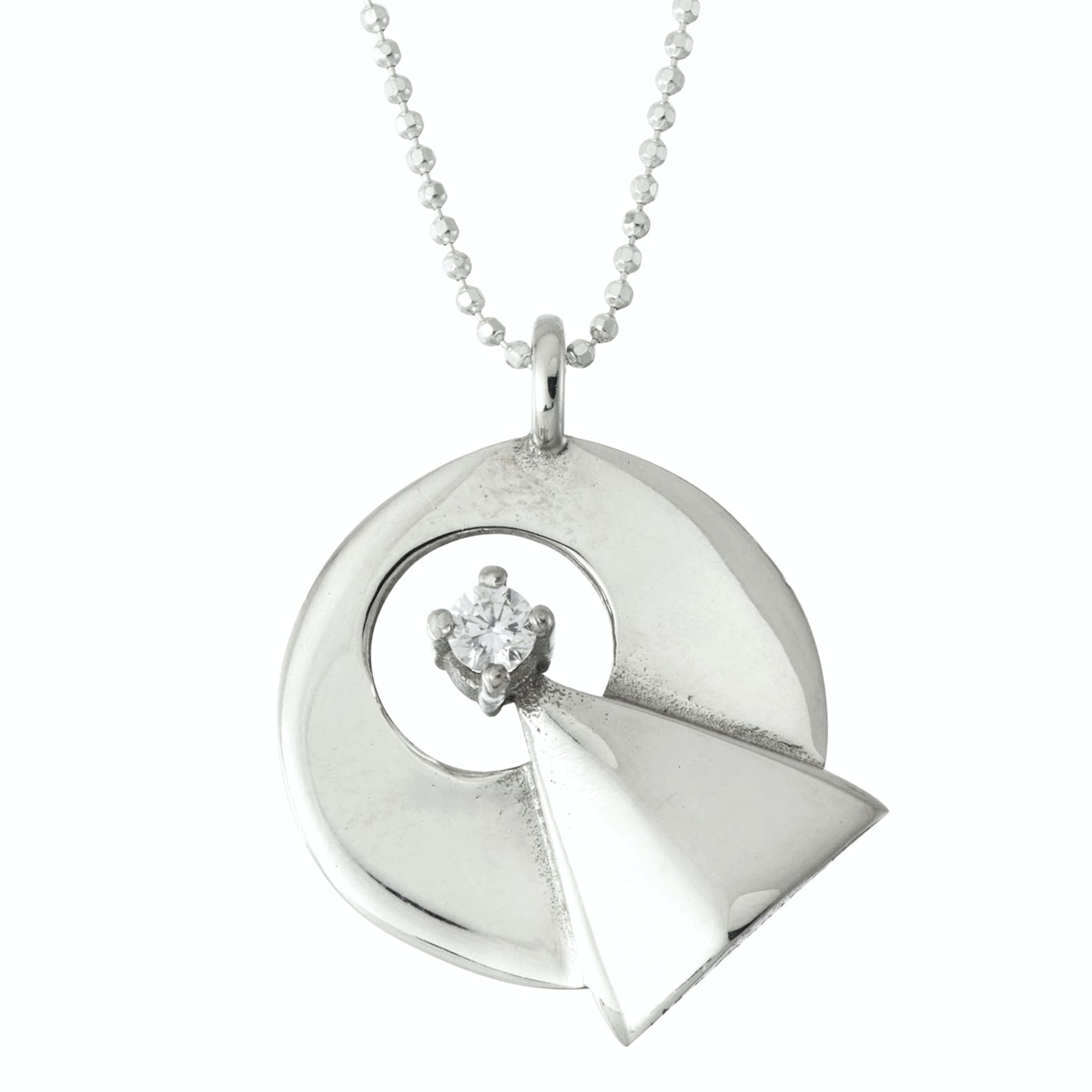 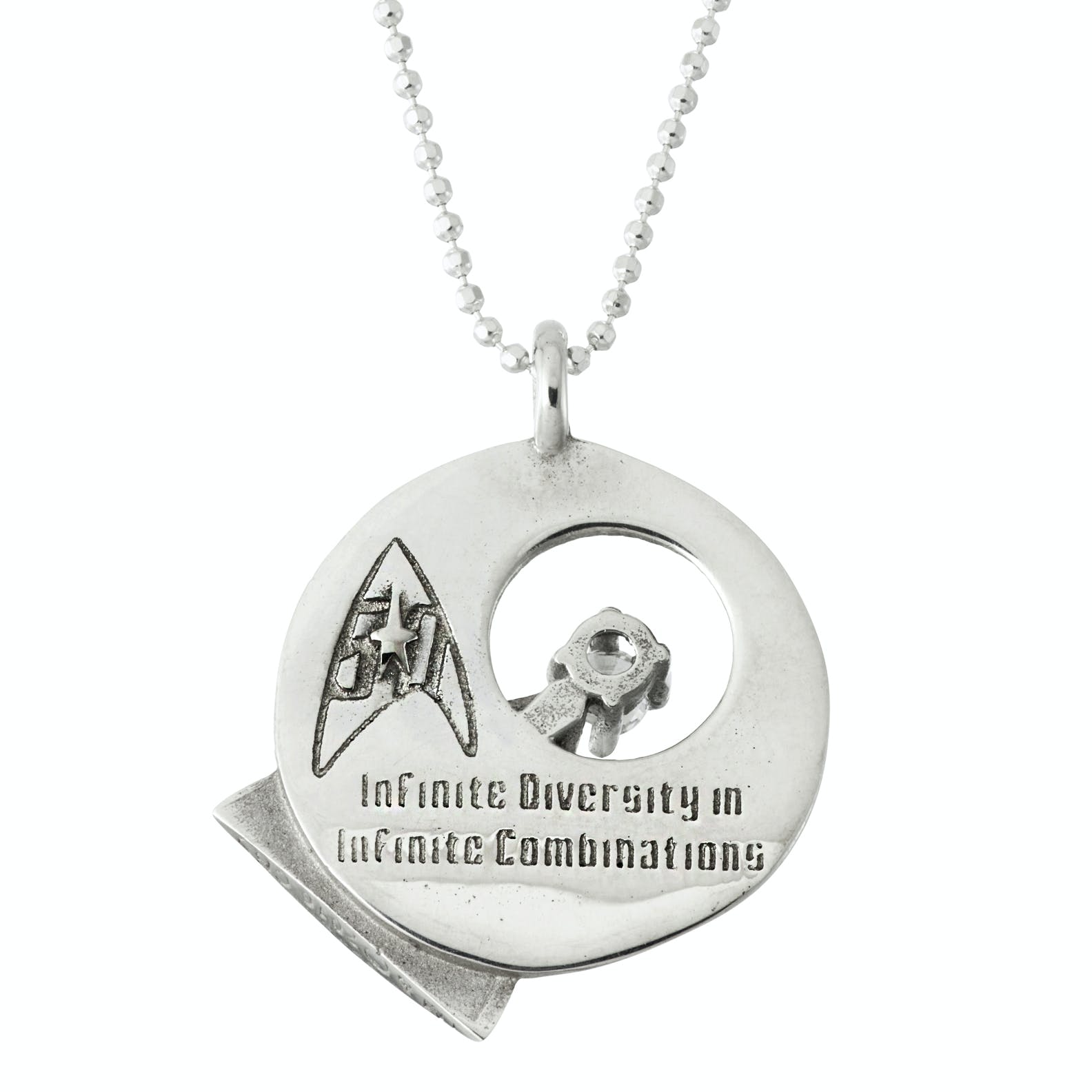 The impressive collection can be found online at RockLove Jewelry’s website with select pieces also available at StarTrek.com. The white cubic zirconia trillion necklace and ring are sold exclusively on ThinkGeek.com. Prices for the selection run from $95 to $139. You can learn more about the collection on RockLove.com.