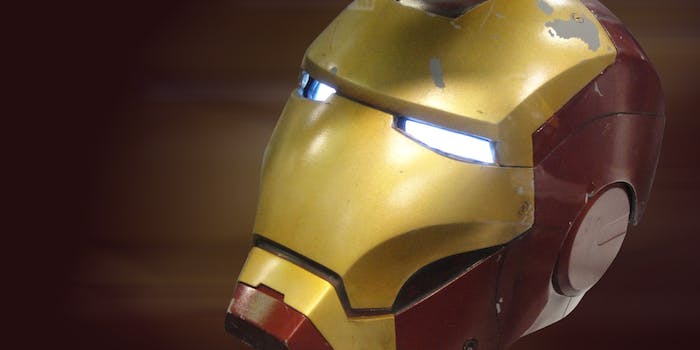 Marvel fans, rejoice: It seems we may be getting a fourth Iron Man movie.

That is, if Robert Downey Jr.’s comments on today’s episode of The Ellen DeGeneres Show hold water.

Downey hedged his answer when Ellen asked about a fourth Iron Man film, saying that he’s in the middle of negotiations. “I know there’s going to be a bunch more Marvel movies and they have a lot of ideas on how to do it best.”

Downey was making the media circuit on Tuesday to promote his upcoming film The Judge. In addition to appearing on The Ellen Degeneres Show, he participated in a Reddit AMA, where he also titlated Marvel fans by saying he would be game for a guest appearance on the Agents of S.H.I.E.L.D. television show (“But there might be a fair amount of red tape involved in something like that.”)

Fans have already taken to Twitter to react to the news.

Also Robert Downey Jr. has apparently confirmed Iron Man 4, Marvel not content with throwing a whole planet of money at him so far.

Kinda expected an Iron Man 4, thankfully, the fallout from making (or waking up) Ultron will most likely be a plot point.

Needless to say, aside from Downey’s revelation, no details have been released about Iron Man 4 and Marvel has yet to confirm any such plans.