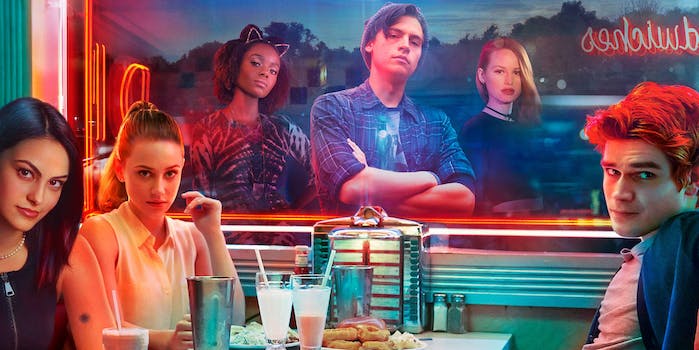 Review: ‘Riverdale’ may be a gritty Archie Comics reboot, but it’s far from subversive

Are you ready for an 'Archie' reboot with murder, student-teacher love affairs, and 'Gossip Girl'-style quips?

Riverdale is the Batman v Superman of Archie Comics, thrusting a cast of beloved, vintage characters into a rebooted world of murder, betrayal, student-teacher love affairs, and absurdly glamorous parties. Fortunately it’s a lot more entertaining than the soul-destroying Batman v Superman, although die-hard fans of the comics will not be pleased. You’re better off viewing Riverdale on its own terms, as a schlocky teen melodrama in the same vein as Gossip Girl and Pretty Little Liars.

Opening with the disappearance of rich kid Jason Blossom, Riverdale borrows the trappings (but not the weirdness) of Twin Peaks. Blossom’s murder provides an edgy backdrop for the love triangle that fueled Archie comics for decades: wholesome Archie (K.J. Apa, with astonishingly implausible ginger hair), torn between girl-next-door Betty (Lili Reinhart, bringing a great deal of charm to what could have been a dull role), and the witty and sophisticated Veronica (Camila Mendes, channeling Gossip Girl‘s Blair Waldorf).

Riverdale throws a third love interest into the mix with 30-something music teacher Ms. Grundy, the human embodiment of a sexy schoolteacher Halloween costume. She and Archie hooked up during summer break, and the show seems torn between portraying their affair as sexy and illicit (Archie is supposedly a sophomore, but the actor is a ripped 19-year-old) or creepy, as Ms. Grundy subtly pressures him not to tell anyone what happened.

As an adaptation of a comic about dating and relationships, Riverdale‘s depiction of teen sexuality leaves something to be desired. The most cringeworthy example is Betty’s friend Kevin, a pitch-perfect “gay best friend” stereotype with no examination of why a gay teen in a small town might intentionally assign himself to that role. His introductory scene involves advising Betty about her love life while she applies makeup in her underwear, and when he meets Veronica for the first time, she exclaims that he’s “Gay, thank god! Let’s be best friends.” This trope is so tired, it already inspired its own satirical teen comedy: G.B.F., about high school girls competing to win a gay friend as a status symbol. 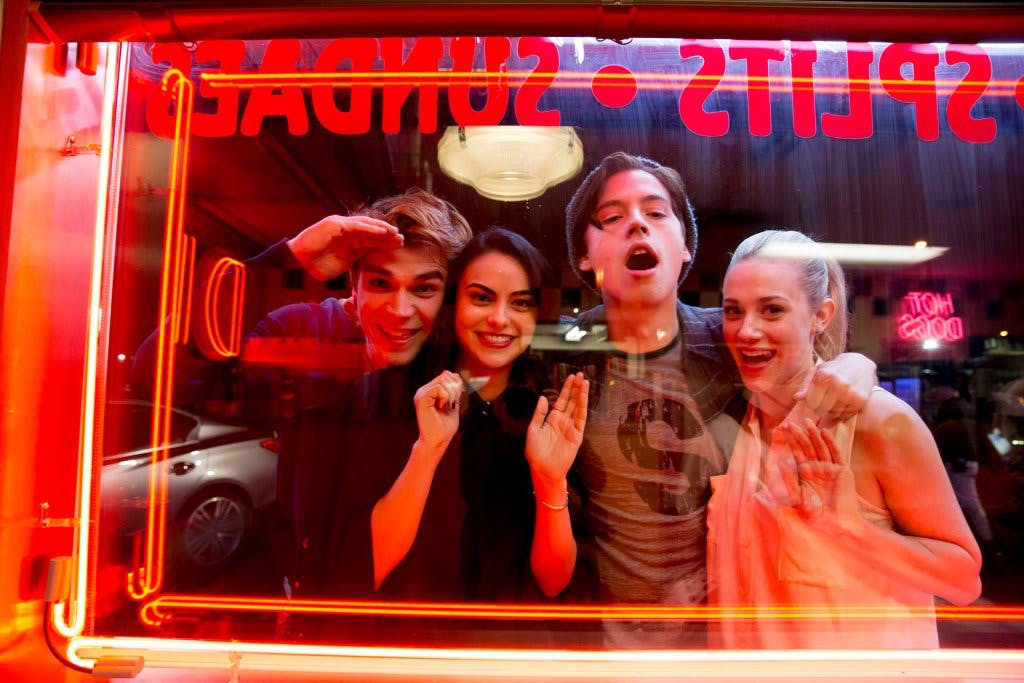 Kevin’s role feels especially awkward in the context of the Betty/Veronica kiss later in the episode, when the two girls briefly make out to get attention at a cheerleading try-out. The head chearleader dismisses them because “faux-lesbian kissing hasn’t been taboo since 1994,” but the quip feels hypocritical after the kiss was included in trailers for the show. Riverdale literally used a kiss between two straight girls to get attention, before clarifying that there’s no chance of a romance between them.

It’s a textbook example of queerbaiting, offering up some girl-on-girl action with the assurance they’re both really interested in boys. You’re left wondering if the Betty/Archie/Veronica love triangle might be better if this was an option, since Betty and Veronica’s friendship is easily the most satisfying in the show: genuinely warm and supportive, while still acknowledging their competing crushes on Archie.

Combine this with the erasure of Jughead’s asexuality, and it already seems like Riverdale‘s view of teen sexuality is more conservative than its supposedly old-fashioned origins in Archie Comics. It may be a gritty reboot, but it’s not actually subverting anything.

It may come as a surprise that Riverdale was heavily influenced by Archie Comics chief creative officer Roberto Aguirre-Sacasa, who developed the show and wrote the first two episodes. As the creator of an unofficial Archie fanfic play (Archie’s Weird Fantasy, in which Archie was portrayed as gay) and the popular Afterlife with Archie comics (a zombie Alternate Universe), Aguirre-Sacasa would seem like the ideal person to reboot Archie while remaining true to the original. Yet the result is something that might as well be any teen drama, swapping Archie‘s humor for Glee–style quips and pop-culture references, and playing heavily off high school movie clichés. The strongest aspect is actually the crime storyline, which will play well to fans of Pretty Little Liars—although probably not Veronica Mars, whose lead character would balk at Jughead’s moody voiceovers.