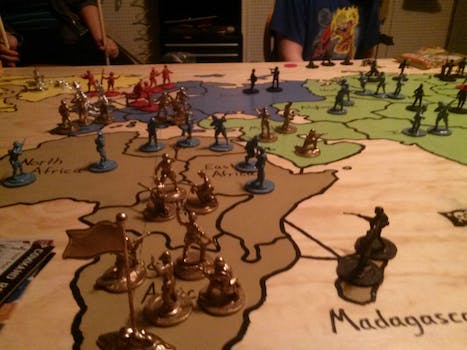 Family creates an awesome ‘Risk’ table for their ‘war room’

This family's homemade gaming table has to be seen to be believed.

When you’re playing a boardgame with a group of people, there’s always someone who takes it way, way more seriously than everyone else. In this family, that person is, well, everyone.

The proof comes in the form of this table-sized Risk board, built and shared by Imgur user ESquar3d and family. It’s about the size of a dinner table, and includes armies of toy soldiers and tanks.

The project cost about $200, which sounds like a lot for a single tabletop game, but it seems impressively cheap when you look at the end result. 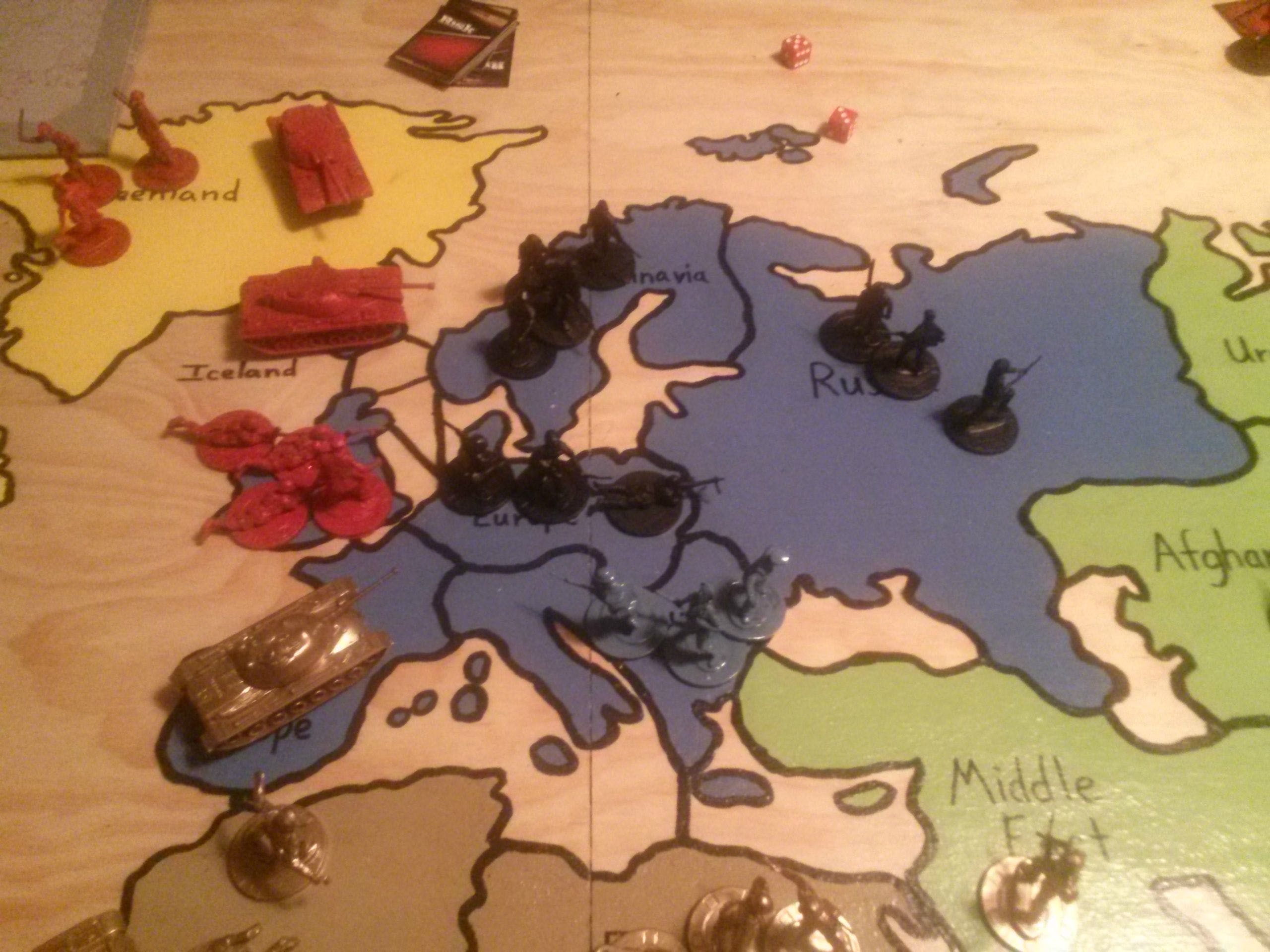 The first step was to color-code the model soldiers—all 300 of them—and 48 tanks purchased from Amazon. The soldiers were mounted on poker chips with glue. The rest was pretty simple, just requiring a few cans of spray paint. 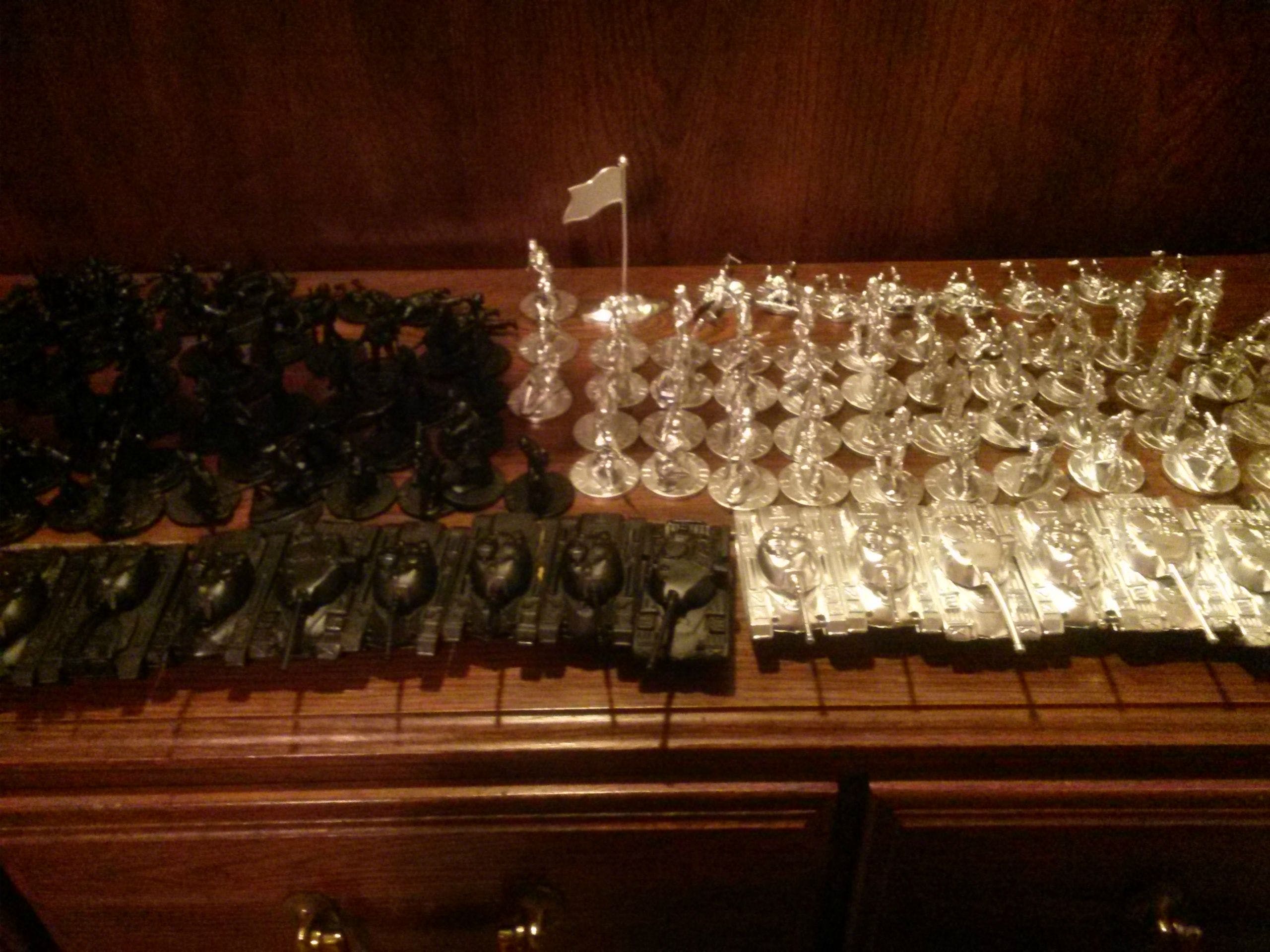 Next came a trickier part, drawing the map onto the tabletop. The easiest way to do this was to project the outline of the map onto a piece of wood, paint on the lines, and then color everything in. 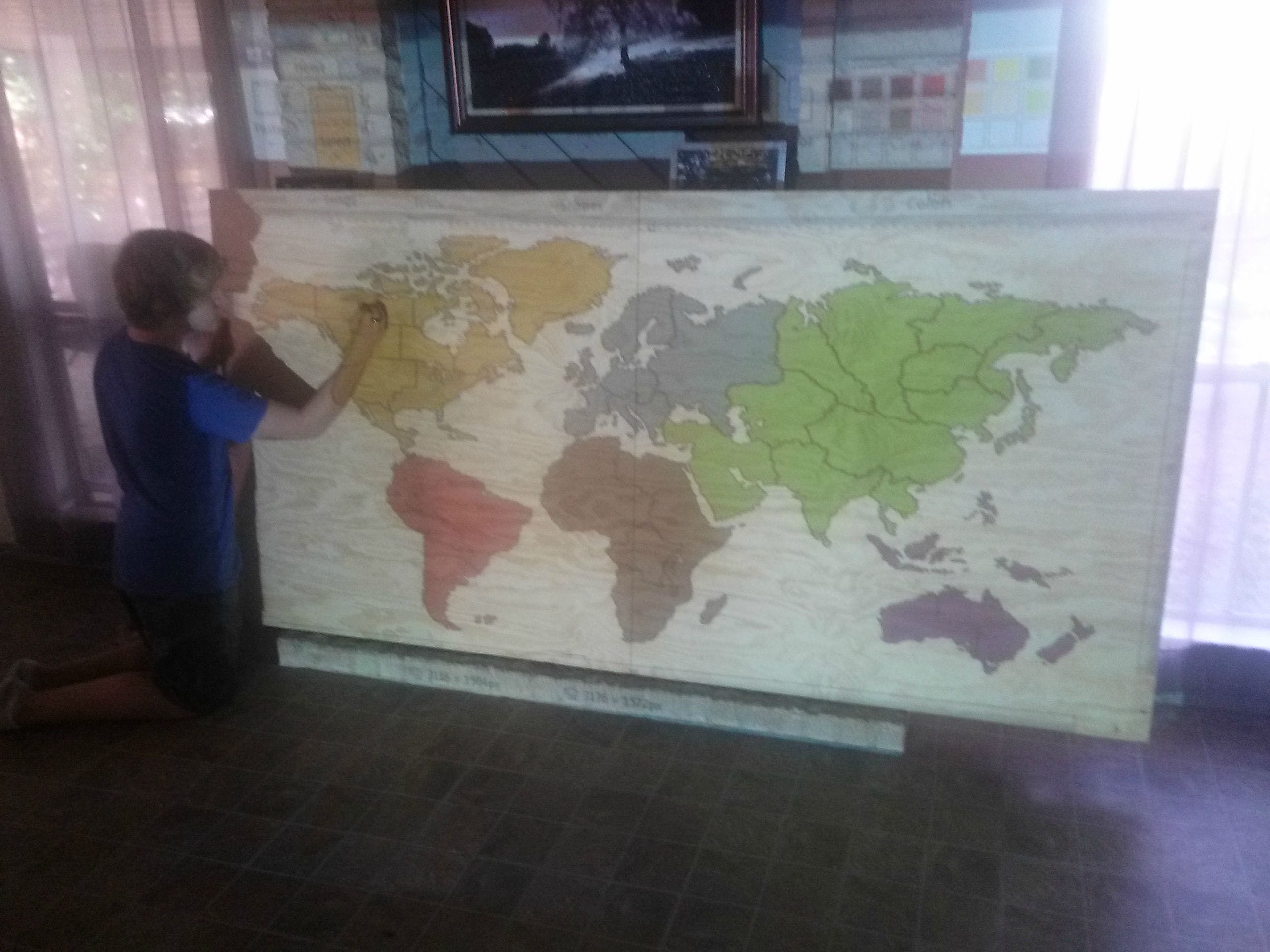 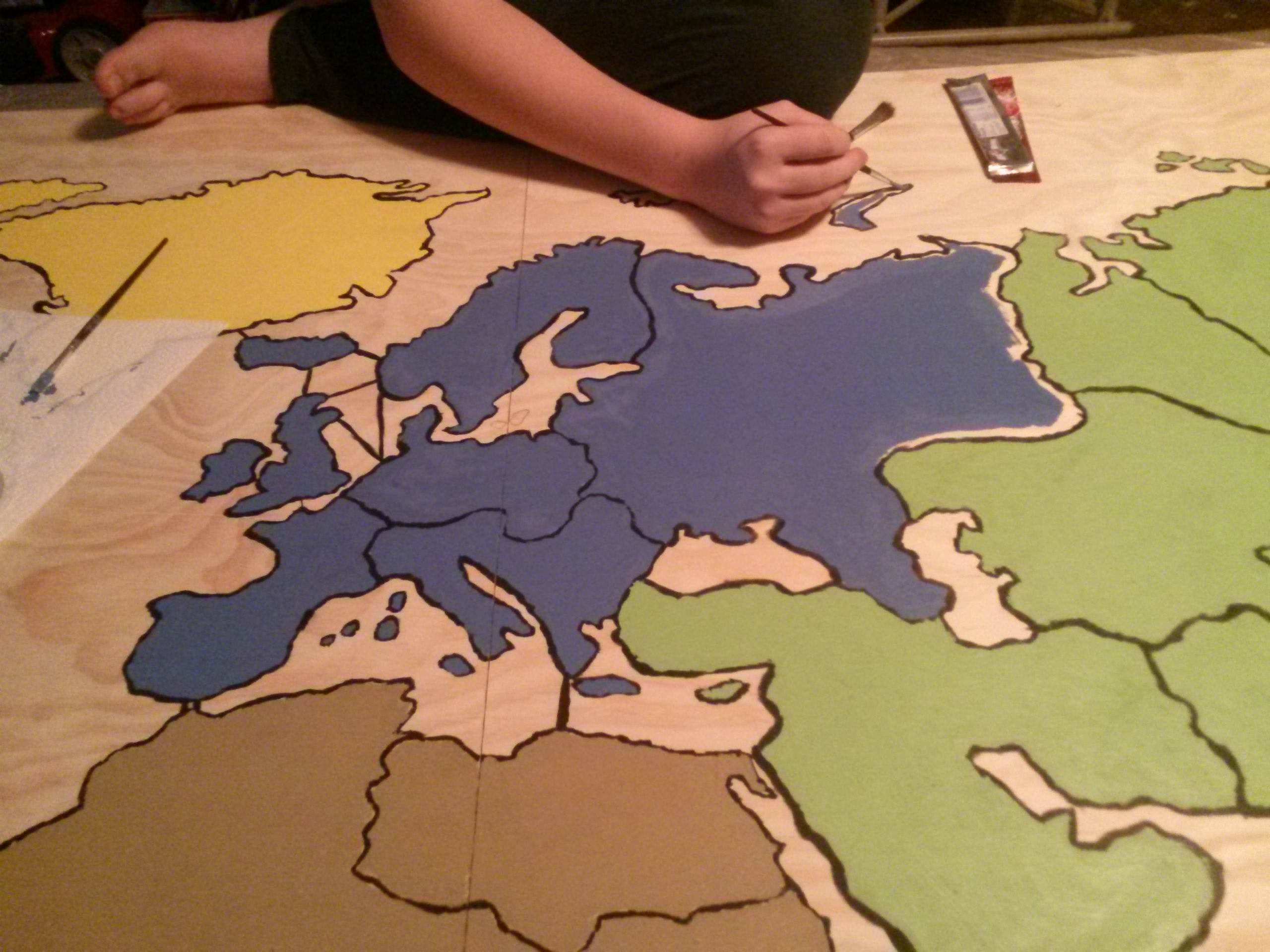 One of the best things about this project is the fact that it was a team effort. Adults and kids got to join in, creating a badass “War Room” for the whole family. 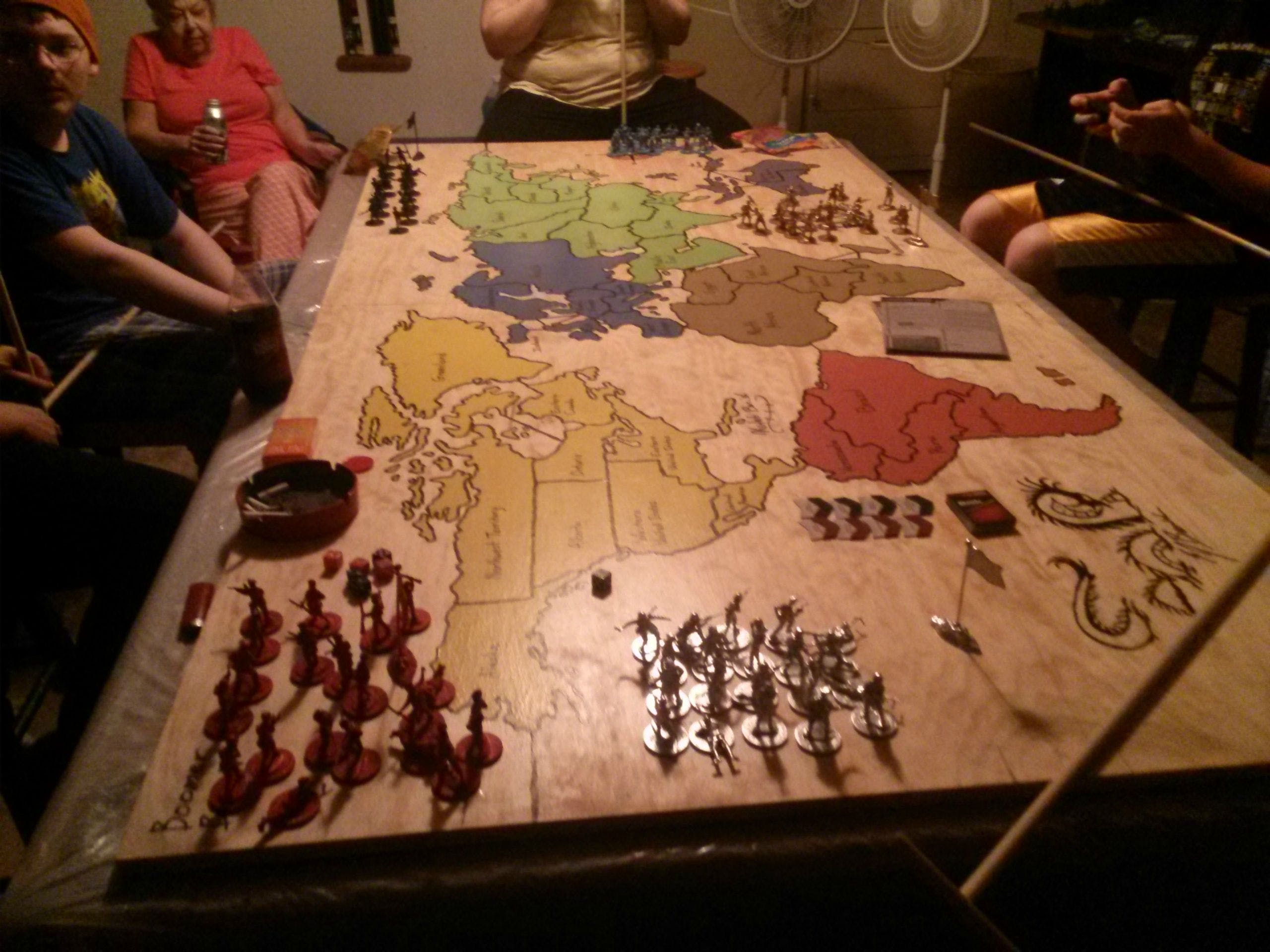 We just hope the kids don’t grow out of playing Risk anytime soon. You can see lots more photos of the project here.