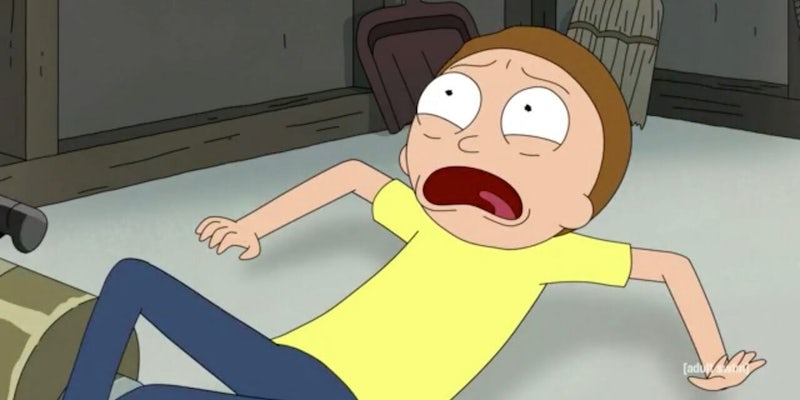 Fans accomplished what Rick set out to do in six months—but not without exposing the uglier parts of its fandom.

After immense backlash following the rollout of a small supply of Szechuan sauce, the limited edition dipping sauce used to promote Mulan in 1998 that Rick and Morty made popular, McDonald’s is bringing it back to its restaurants for anyone to purchase.

When it first announced it would be releasing Szechuan sauce last week, McDonald’s emphasized that there would only be a limited supply of the sauce, stating that “when we say limited, we mean really, really limited!” But now McDonald’s is making it much easier for fans to get their hands on the sauce in a proper rollout this winter after it promised to “open any portal necessary.”

“Szechuan Sauce is coming back once again this winter,” it stated. “And instead of being one-day-only and limited to select restaurants, we’re bringing more—a lot more—so that any fan who’s willing to do whatever it takes for Szechuan Sauce will only have to ask for it at a nearby McDonald’s.”

This should feel like a victory of sorts for Rick and Morty fans. How wild is it that a single animated show airing on Adult Swim has so much pop culture influence that it actually managed to wrangle a corporate giant to bring back a defunct dipping sauce that most of us didn’t know or remember ever existing before April? What Rick vowed to do in nine seasons if he had to only took six months. But at this point, it’s just exhausting, and it’s thanks to some of the fans who’ve been pushing for this moment for months.

The quest to bring back McDonald’s Szechuan sauce in our world started innocently enough. It was something of an intriguing, corporate-friendly throwaway reference in a single episode, and plenty of people figured it’d be really cool (as well as a PR win) if McDonald’s just brought it back. Binging With Babish attempted to recreate the sauce from descriptions of it, which made it possible for cooks to make it for themselves. Someone even found a tub of the original sauce and sold it on eBay for more than $14,000.

Then McDonald’s did the impossible, sending a half-gallon tub of the stuff to the people behind Rick and Morty and three lucky fans. Someone tried to sell his container of sauce, while Binging With Babish’s Andrew Rea and some of Rick and Morty’s cast and crew tried to lower our expectations. And by the time McDonald’s announced the one-day release of Szechuan sauce, tolerance for Rick and Morty fans had lowered significantly in the wake of news that some of them were harassing and doxing the show’s female writers. It got bad enough that showrunner Dan Harmon even publicly disavowed them for it.

The actual promotion itself was predictably a headache. Even when you take out Rick and Morty’s toxic fans, people saw this coming. Whenever a novelty release like this happens, something will go wrong: stores will probably always underestimate the demand for supply (or not completely understand it), and if you’re selling something online—whether it is tickets or products—it will probably crash your website and sell out almost instantly.

And to be sure, the very limited supply of McDonald’s Szechuan sauce left many Rick and Morty fans empty-handed after waiting in line for ages. It sucks. But it’s no excuse to take out your anger and frustration on McDonald’s employees because you didn’t get a packet of sauce you probably didn’t know existed until six months ago.

FYI: We had nothing to do with this McDonald's stuff. Not happy w/how this was handled. Please be cool to the employees it's not their fault

“Jesus, the fact that this had to be said is pathetic,” one redditor said in response to Rick and Morty showrunner and star Justin Roiland‘s plea to not harass McDonald’s staff. Another person called it “nihilism and consumerism at it’s [sic] ugliest.”

And as some pointed out, there was a certain amount of hypocrisy between the people who got mad about not getting their Szechuan sauce and those who made fun of teenage girls for liking things or going all in on other promotions they deemed beneath them.

I'd better not ever see anyone make fun of things teenage girls like after seeing the absolute state of the responses to this https://t.co/HhtU0wkbzh

Some of the vitriol was in-person, as fans caused traffic build-ups and police were involved in at least one incident, but much more of it was directed at McDonald’s Twitter account, which is run by real people. And after all of that, McDonald’s gave into customer demand—even rude and disgusting customer demand—to make them happy.

Sure, Szechuan sauce is a really cool novelty thing that exists in the world now thanks to the sheer power of fandom obsession, but at the end of the day, people got so angry about a tiny packet of McDonald’s dipping sauce that they actually harassed McDonald’s employees about it.