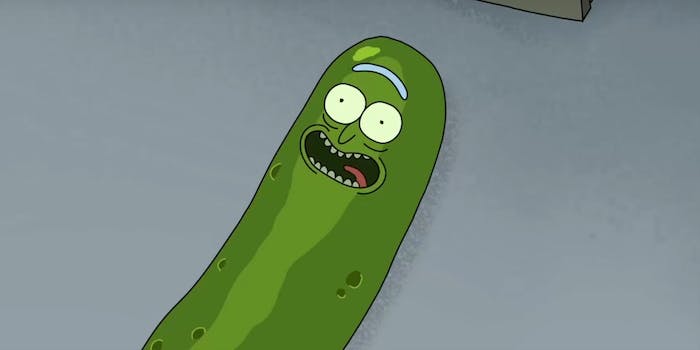 Turns out ‘Rick and Morty’ isn’t just for cringeworthy dudes

Women make up 40 percent of the show’s audience.

Sometimes I feel bad for Rick and Morty. It’s a mostly-very-good, earnest show beleaguered by some fans that take it way too seriously and filter their own cringeworthy behavior through characters smarter and more charismatic than they are. Thankfully, we now have some hard data to show that Rick and Morty acolytes aren’t all Szechuan-licking troglodytes.

In a report by Hulu, which recently debuted season three of Rick and Morty on its platform, statistics stated that women make up 40 percent of the show’s audience.

That stands in pretty stark contrast to the barrage of misogynist behavior perpetrated by fans, including a harassment campaign against the show’s female writers, fans harassing fast-food workers over a Szechuan sauce promotion, and a lot of memes.

You can’t blame folks for thinking less of the series for inspiring a mini-cult of dopey, misogynistic behavior.

One other interesting stat is that while Rick and Morty fans watch other programs you might expect (Family Guy, Bob’s Burgers), 40 percent of them also watch family-focused dramas like This is Us and Handmaid’s Tale.

Oh, and Rick and Morty fans are totally insomniacs, watching during the most popular time slot of 11 PM to 1 AM.

Keep in mind, of course, that this data is just from Hulu’s platform and doesn’t cover demographics from other platforms like Netflix or cable. A Hulu representative told Mashable that the data was collected over a six-month period, from January to July of this year. Nielsen ratings don’t account for gender either, so Hulu’s data is about as good as we’ll get for beating back the hordes of dudebros making lame meme jokes. Oh geez, man.

The fourth season of Rick and Morty is currently in development. Co-creator Justin Roiland tweeted out that 70 episodes are on the way, and hopefully the guaranteed episode count will mean we won’t have to wait another year for results.